Have I made it known on this blog that I am pondering the possibilities of making a title in RPG Maker, which would include no MP, items, or said diversions and instead be a linear story based tale of the bizarre that will be narrated by a character I voice?  No, I don’t think so.  It is certainly a lofty goal, don’t get me wrong, but in preparation of even opening up the program, I decided to try out several RPG Maker made games that were not the, quite frankly wonderful, To The Moon.  Skyborn was one of the two I tried where I felt like it was worth playing, but I only saw it to the 10 hour mark and did not feel like investing another five… so here’s my justification as to why.

Skyborn’s title is in reference to the central antagonists in the story, a race of winged humans who possess magical abilities and more or less enslaved humanity through raw military might.  Now, this in itself is a pretty standard and acceptable premise to start on, but as more questions began popping into my head, the less I found them to be anything near compelling.  Although, the game itself does a rather fine job of that when it explains the species’ origins in a story that took me a while to comprehend, not due to its complexity of originality, rather the exact opposite, in addition to the fact said twist only gave way to several more questions about the world Skyborn attempts to craft. Naturally, characters would need to go along with this in addition to a plot, but neither struck me anywhere near the level I believe I should be allowed to expect from a game with a $15 price tag.  Although, even as a stocking stuffer both of those aspects fell flat. 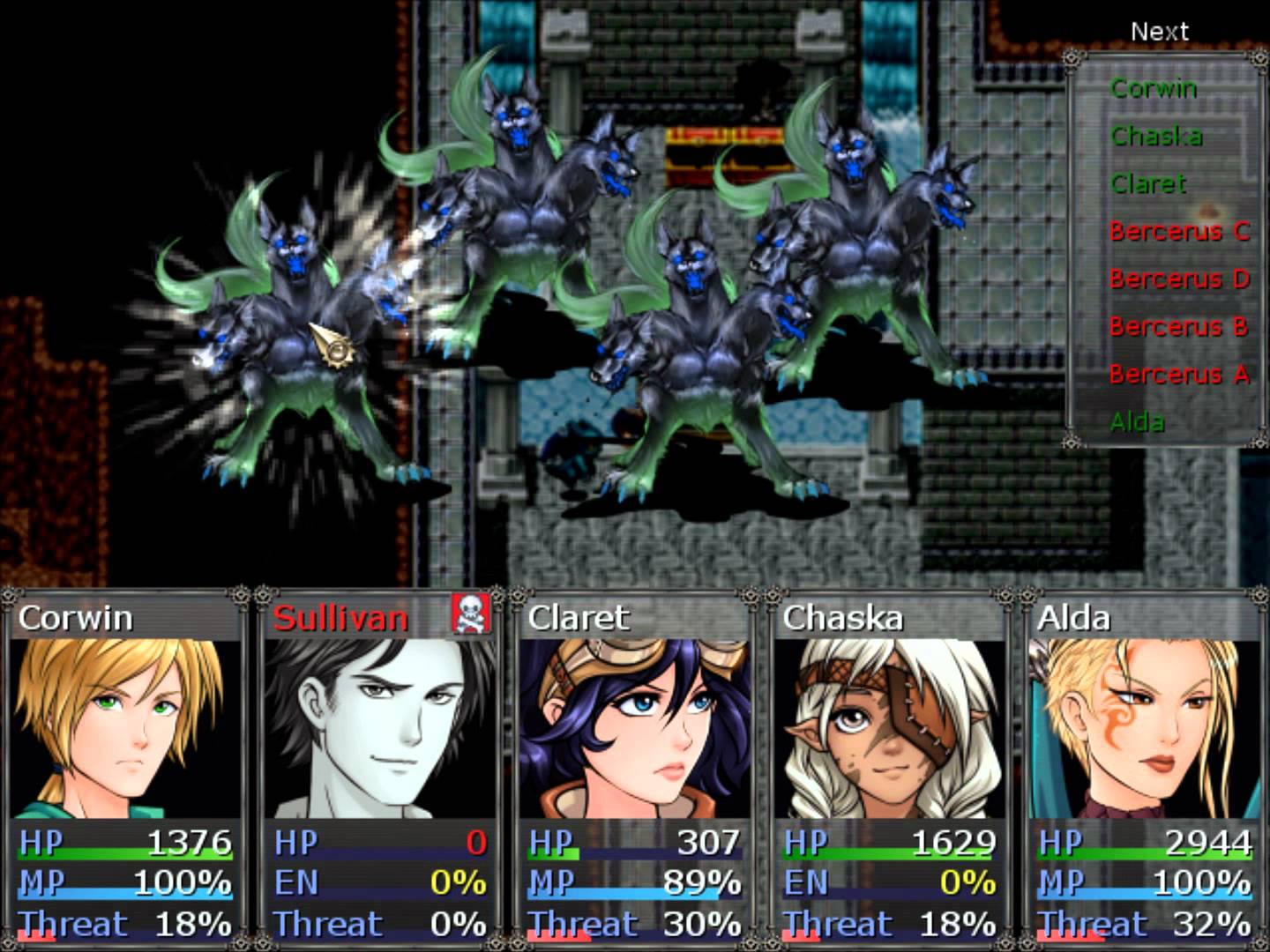 I could very much go on and break down core issues I have with the five main characters the game deems important enough to grant head to waist illustrations of, but simply stating that I almost forgot they served as anything but fetchers of items and battlers of enemies is a rather condensed way of putting it.  Nothing much about the game’s lore, characters, or setting are all that intriguing, and whenever a unique or, well, cool element was introduced, it never lasted long enough to prevent what amounts to a pretty standard hunt for X by going to location Y and then Z after Y turns out to be a failure, with AA soon following until the game reaches its end, or at least I can only assume so.  Now, I am not arrogant enough to say that I simply wasn’t paying much attention to the plot to really appreciate it, yet the fact I mentally drifted as the story was distributed means, above all else, that I was likely disinterested in what I was being told.  Something that is enough for me to dismiss the game’s narrative aspects as boring or uninteresting above all else, which for a JRPG, especially an indie one, is inexcusable in my mind. 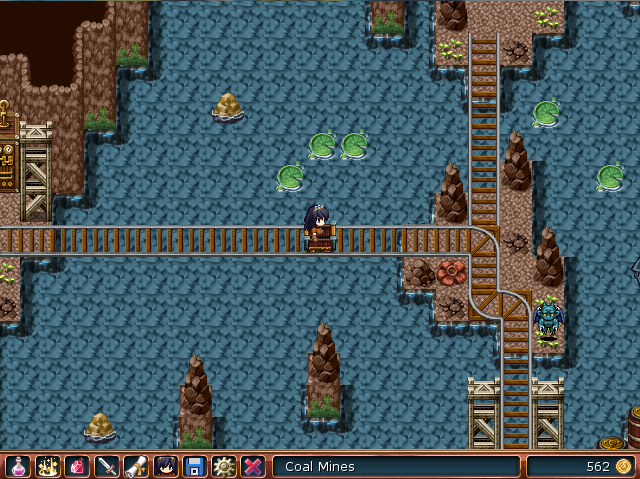 Although, a good combat system could certainly make up for shortcomings if it is truly a blast to play, yet Skyborn’s is merely okay and a bit lopsided for reasons rather complicated, but I’ll try to be as detailed as possible.  With the guise of the standard turn based battle system, Skyborn has an order system very similar to Final Fantasy X, clearly defining the order of foes, albeit in a bit of a rough manner given how they are bound to a toolset.  Though the central deviating mechanic is the threat level a party member can raise by inflicting large amount of damage, effectively becoming the punching bag for all enemies until they fall in combat.  If the view of who is a threat is regularly shifted, and often remains on the members with the most defense, this would not be much of a problem, except your primary damage dealer is tied for having the lowest threshold for equippable armor, and is very much in the middle in terms of base stats anyhow.  Heck, the character who is essentially made for this mechanic is oddly the second least effective damage dealer of the five you have access to, with the lowest being the designated buffer and healer, or as I will view him as, the retreat timer. 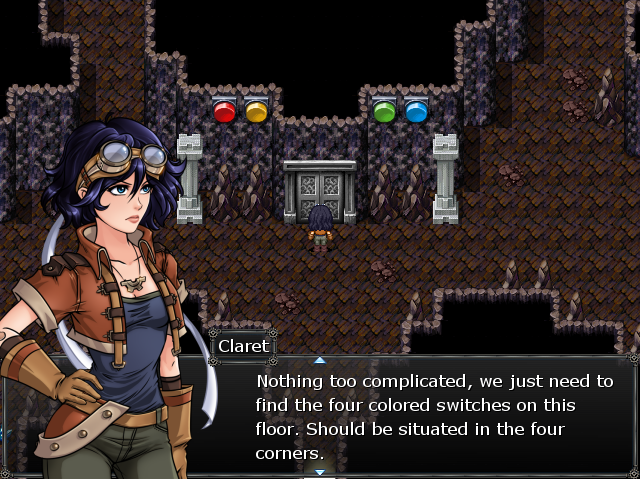 You see, in all that I played of Skyborn, there was nothing aside from my patience for the title preventing me from going back after every battle, which are set by walking into a set enemy sprite wandering across the map, and healing my characters  with no charge at all.  This effectively removes the use of healing items for just about anything beyond convenience, at least outside of battle, and very much raises the question as to why MP and HP are kept constant upon emerging victorious from any battle.  This leaves the healer character to pretty much provide for the entire team’s injuries, which are plentiful even if you finish every battle as efficiently as you can.  It also does leave with my patience being tried as I did the classic mistake of leaving to go to a previously discovered healing area after my healer’s MP ran out, refusing to use any MP restoring items out of spite, and then stumbling onto a healing spot after defeating a few recycled enemy encounters that I could avoid, but at the cost of EXP. 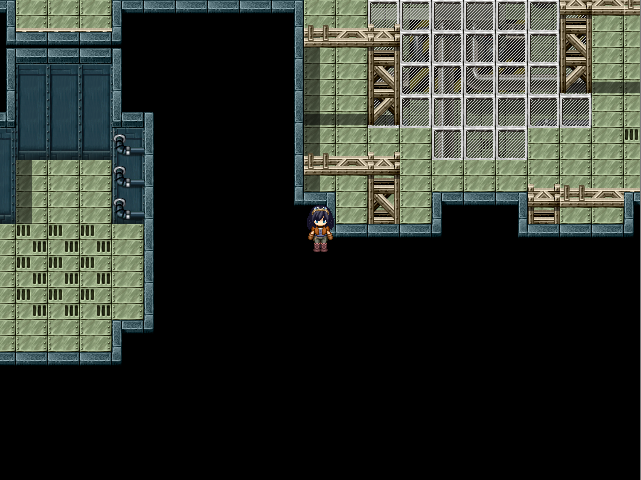 Not money mind you, as the currency in Skyborn is more often obtained from treasure quests or as a reward from a side quest more often than anything else.  It actually grew incredibly comical when I was given a quest to go into sewers, which had enemies far out of my range, but the enemy sprites are as dumb as they are slow, and I managed to get to the point where I had to interact with something, and then return to the quest giver, earning 6,500 monies when I had less than 4,500 at the time.  It is particularly frustrating when you actually sit and break down how the investments of obtaining the best gear available in the game with a set number of possible coins that can be obtained, and have no confidence as to what you will obtain upon cleaning out the next area, which may also include ores that could have easily been used in order to create the armor your team currently had equipped, but for free.  Or in simpler terms, it felt bad to buy things, and progress as an extension, especially when and if the game decided to spike up the difficulty long after your last time to obtain new equipment. 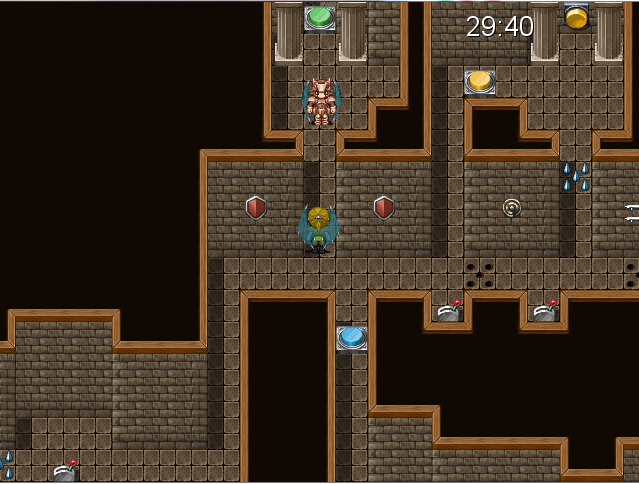 I honestly can’t even say I enjoyed travelling through the world Skyborn crafts, as it feels far too cramped given the limited range of movement, and too large to actively enjoy travelling through in hopes of finding secrets or, as I explained earlier, going back a path the designers did not intend for the player to use regularly, but the game encourages it.  This was offset by the mouse controls, which I have come to assume are just prepacked in RPG Maker, but that only replaces holding down the directional arrows with rapidly clicking an area on the map.  Said map I actually found to have something of a charm early on, yet as time went on and the game began displaying more and more areas, what I assumed to be custom spritework began to look more like a prepackaged tileset, though I cannot necessarily confirm this.  Even if they are customly made, most of the environments are rather dull from an aesthetic point of view, being caves, deserts, jungles, and factories in what I saw, with the most detailed art assets being a waist up image of main characters that pop up whenever they talk.  While their sprites very much felt like a merely adequate representation of them, with the character of Chaska, who is the only non-white character in the game, being whitewashed despite how one could change such a thing in MS Paint within half an hour. 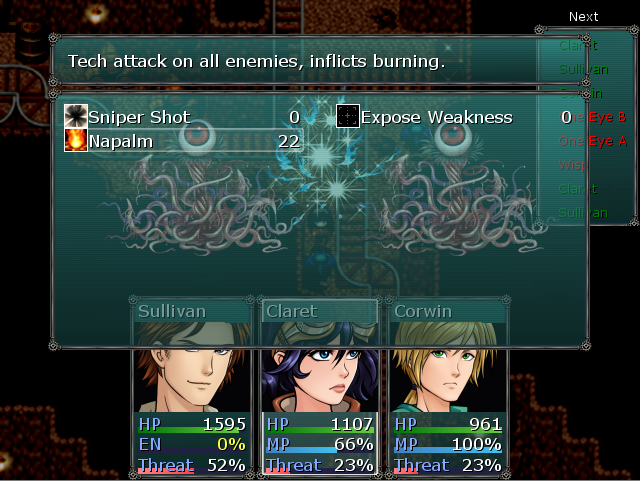 Skyborn is by no means a poorly made title, or one that I have any doubt received quite a lot of effort.  It’s just that I can hardly recommend it for any one thing, especially at a price range that it quite frankly has justification being in when equally if not more ambitious RPGs with entirely unique assets are at a lower price.  It always makes me feel a bit to effectively look at something a small group had been working on for years and stating their game wasn’t even worth beating, but that is the case with Skyborn, as it left me more than a little Sky-bored as it was far too Sky-bland to hold my attention beyond 10 hours.

Mediocre (5/10)
Not quite solid or liquid, these are tough to recommend.  While not necessarily being a bad title.  As the game does still have plenty of pleasantness, but ultimately comes out feeling a bit too meh.