So, this year ended on a very busy note for me, hence why I have not been posting as much as I would like to.  I’m basically working full time for a month, have an hour commute each way, and basically run off of six hours of sleep.  Still, was this year good for me?  Yeah, I released seven novellas!  I thought two of them were crappy, and the rest had issues stemming from my lack of experience writing stories.  But this post is mostly to call out the games I played and loved this year, which really are few in number.  Yes, I enjoyed plenty of games, but those I loved, properly adored to a certain extent, were small in numbers, to the point where I lack ten.

Before getting into those, the ones I did reviews for, I want to just mention how great it was to discover and play Press-Switch.  It is a tg, body swap, possession, et cetera, focused visual novel that, in regards to overall structure is something of a colossal mess that will likely never be completed as it is being made as a hobby, but the fact that it was a visual novel made of assets stolen from porn games, and has every right to be on the same level as, say, Gender Bender DNA Twister Extreme.  However, it is actually pretty well conceptualized, well written, and does make use of every sprite it can.  It is a game that I would throw money at in order to see more, if only because of how little there is in regards to quality work of subject matter that anybody who read my novellas would realize I am totally into.

Okay, but what about the titles that filled me up with joy?  Well, let’s start with a cloud that had been looming over me since it was released on PC

Metal Gear Rising Revengeance: This is a title that I wanted to love and adore to the point where I had to stop playing it after I realized that I was not having a good time.  If that sounds confusing to you, it should.  I suck at Metal Gear Rising to the point where I have difficulty getting an Acceptable, let alone a Satisfactory rating after every combat encounter, even after I try a few dozen times.  In that regard, it is truly an exercise in patience, not helped by how, well, it is lacking of certain things I would expect from both a Metal Gear plot, and cast.  That said, the title does boast a very enjoyable combat engine, an amazing soundtrack, and some of my favorite moments of this medium.  And before anybody asks, a mix of the American education system and my own Aspergers leaves me unable to simply ignore when I receive a disgusting Bad on my report card.

Marlow Birggs and the Mask of Death: I will not try to hide that I am retroactively adding this to my list.  I actually did not play the game in 2014, but my review for it was published and written then, and my stupid brain just forgot about it.  When I really have no reason to, as it is a delightful mix of a game that should by every means have even less budget than it already does, and be far, far worse, rather than an alarmingly fun and pretty creative character action game.  It’s pretty janky and a bit unpolished, but it is a game that I honestly felt bad about forgetting, which means something… I guess.

Persona 4: Golden: So, I was generally expecting this title to be one of the best things… in general.  The amount of love the title is showered with, and the fact that it more or less sold a million Playstation Vitas is a testament to its quality.  But when you think about how an Aspie mind would react to needing to manage stats and needing to get 99.9% of all Personas in addition to maxing out every Social Link, then you should understand the problems I had during my 160+ hour playthrough of this game.  That said, P4G exemplifies how much great characters may affect a title, as they end up creating one of the most lovable casts I have ever had the pleasure of hanging out with, and a world that I was genuinely sad to leave.  Though, some tracks still make me incredibly discomforted, so I think the game may have just messed with my head. 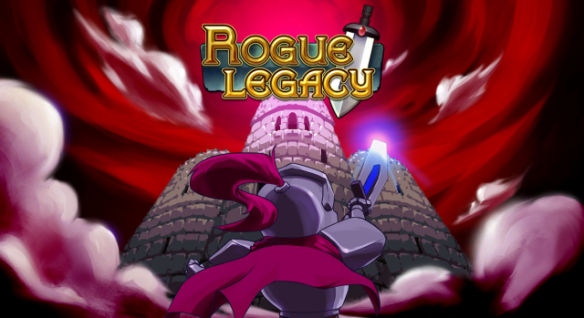 Rogue Legacy: I was really opposed to the very idea of roguelikes when I properly looked them up.  A procedurally generated adventure where progress is non existent just doesn’t settle well with me, somebody who likes to clear games and loves the idea of having character progression rather than just being given a random schmuck.  Rogue Legacy, despite the name, is not a roguelike in that regard, though its mix of elements of the genre with a very tangible leveling system and ability to make progress made the 20+ hour experience I had with it one of the more refreshing I had in 2014.  Its tight controls, gradual increase in skill level and ability to, no matter what, feel as if you made progress before your character inevitably dies all led to a game that I would recommend to anybody who is remotely competent at video games.

The Stanley Parable: Video games can do so much more than they are doing, though that is in no way dismissing what they are currently doing, but rather encouraging for more interesting titles to be made in order to create a diverse library of titles so everybody may enjoy them.  The Stanley Parable is a deconstruction of video game narrative involving player choice altering the story in a variety of humorous and interesting ways.  Heightened by a delightful narrator and quality writing, the title is one I wish to speak little of, and simply recommend people purchase it whenever there is a sale, as it is something that is more or less ruined through extensive description.

Danganronpa: Trigger Happy Havoc and Danganronpa 2: Goodbye Despair:  So, why exactly am I placing this delightful duo on top?  Well, the fact that it is a character driven, goofy, lighthearted, story about murder, betrayal, and the balance between hope and despair with some wonderful twists sums it up pretty well.  While their visual novel roots do not leave them as the most game-y thing out there, the simple fact they manage to stay so captivating and downright fun kept them in my mind long after I played them, to the point where even the mere mention of the series brings a smile to my face.  Even more so than P4G, these titles are the best reason to own a Playstation Vita or TV, and are my pick for Game of the Year… Though if I had to pick one, I’d choose part 2.  Even if Improved Hangman’s Gambit is still tripe.

Yeah, only seven titles, as even games like XCOM: Enemy Unknown, Sonic Adventure 2, Planetarian: The Reverie of a Little Planet, or even Pokemon Alpha Sapphire did not strike me as good enough to be one of the top dogs, even though they kind of are by a lack of competition.  Regardless, here’s hoping that next year will be a lot more promising in terms of great games coming my way, and with Dark Souls, I think that things are starting off pretty darn well.

As for my writings, I am planning a sequel of sorts for my recently released novella, A Vile Doohickey.  It will be about the main character, Jad Novus, gradually transforming into a character who I used before, by the name of Abigale Quinlan.  It will also be heavily influenced by the Manhwa, Girl In My Dream, and that is about all I have to say at the moment, as I probably should not be saying anything when I have made barely a single percent of progress with the story… I’ve been busy with work, okay?