Yes, I finally put up a new review earlier today, and will have another coming this week, and should be able to get to another for the week after.  Hopefully the first week of April will get something too, or else it will just be an update I’m delaying until April 1st, because… shut up.  Actually, I’ll try to get a JoJo Piece up, so in other words Freedom Wars review will be up on 18/3, South Park: The Stick of Truth review on 25/3, and JoJo on 03/4 specifically because… shut up.

So, a few weeks ago I mentioned how JRPG aficionado Tri-Ace was being taken into the nightmare hole for mobile games, despite not putting out much of worth after taking a closer look at things, but they are apparently still gonna support those consoles, which is nice, as the mobile gaming pit has claimed about ten thousand developers over the past five years, to the point where it is considered to be a far lower tier for any developer.  Meaning it’s a bit disheartening to see Human Head’s Lost Within, which sounds like a The Evil Within clone, but looks more like Dementium, but even that is a bit odd for a phone game, at least in my book.  I honestly don’t get how many people enjoy having a horror experience in an environment where they may be interrupted by ten thousand things.

XSEED mentioned how they were going to bring over, what, fifteen things a few months ago?  Well, they clarified what two of them are going to be, as Onechanbara Z2 and Senran Kagura 2 are both coming over, because either somebody on their side really likes this sort of thing, or it sells well enough to fund half a Legend of Heroes translation… or maybe a quarter if Trails in the Cold Steel is as big as I think it is, and that is big to the point where a printed version would weigh ten pounds… Yeah, I should get back to Trails in the Sky, but it was about the most JRPG I’ve ever played, and while well executed, it’s still a 60 hour hike that lacks pacing even remotely comparable to Ys.

On the subject of taking too darn long to make, that 3DS bird based Romancing the Three Kingdoms game by Comcept, Kaio: King of the Pirates has finally been cancelled.  I only recall seeing one CG trailer around the system’s release, so this is hardly surprising.  On that note, it’s not surprising that Titanfall is getting a sequel, or that this time it will be for the big Gen8 trio.  The game was ultimately good, but lacked the longevity that multiplayer shooters must have in order to truly succeed.  Although, given how developers while knowing that they could be fired at any minute, I’m actually surprised the game came out with even some degree of quality.  However, I don’t expect for Homefront: The Revolution to be that quality, even if it is delayed to 2016.  Oh, and as an update that I apparently missed back when it happened months ago, Crytek UK shut down, Deep Silver owns the rights to Homefront now, and Deep Silver opened up a new developer under the name of Dambuster, which is mostly made up of Crytek UK veterans, who were mostly Free Radical veterans… I’m guessing that Deep Silver will somehow end up owning Crytek within the next year or two.

In a move that I would assume to be a bizarre April Fool’s joke if done a few weeks later, Sega is teaming up with GameFreak for their first non-Nintendo title in… twenty years?  It’s named Tembo the Badass Elephant, and it is a pretty nifty looking 2D action platformer that should be hitting PC, XBO, and PS4 this summer… no, really, it looks far better than it deserves with a name like that.  Marvelous, meanwhile, is a name that I would not apply to most of the titles they do put out, as I would only do that for a very few number of companies, and they just so happened to pick up the rights to Data East’s library, which is just a nifty little idea that may or may not manifest into something beyond a crappy Japanese exclusive phone game.

So there’s not much to get excited about there, but hearing more details about the Banjo-Kazooie spiritual successor, Project Ukulele that will probably come out and be better than the inevitable Banjo reboot Microsoft will try… scratch that, are trying but in the form of a motion controls based… flight game that a crowd of people can apparently control, I guess.  Either way, details on the Project Ukulele are slim, but there will be getting a kickstarter in May, and I’ll probably pitch in $25, as that is my usual amount for these sorts of things.  I just hope it will hit PC… Which is normally the target platform for Kickstarter games. 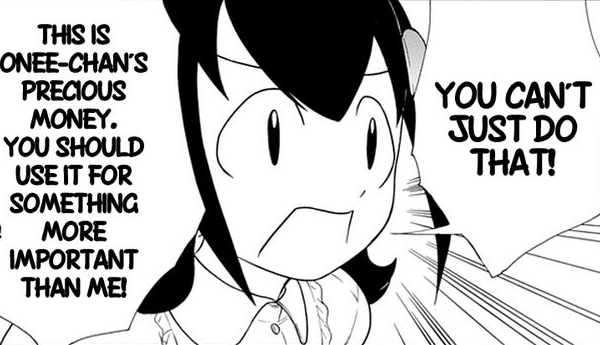 Oh, but as a last minute announcement, there were two Neptunia games that were recently announced for the Vita.  Tag Team Blanc + Neptune vs. Zombie Army, which I think is a multiplayer Monster Hunter-esc title, but have no idea based on the gameplay shown, and then there is… Ultra Dimension Wars: Neptunia vs. Sega Hard Girls, a crossover between an anime (Hi-sCool! Seha Girls) that Sega did during the Fall 2014 season, so a few months ago… How have the cops not come in and stopped you, Compile Heart/Idea Factory?  2010-2012 had annualized sequels, which should not have existed because part one was a game I would only play if Shitty Games Done Slow becomes a reality.  2013 had a spin-off and remake of the first title because they decided that the Vita was Neptunia’s new home.  2014 had two more remakes, in addition to a SRPG and a Muso.  Now 2015 had a new installment for the PS4, which is three games in one, and will possibly see the release of both a Hunting game and a… crossover that they are doing because it actually makes a lot of sense.  …Just keep the PC ports up and beyond Re;Birth 2, kay?