Over the past week or so, I decided to start reading JoJo’s Bizarre Adventure, even though I was pretty ambivalent to the series after watching the weirdly paced and dully colored anime series. I recall pondering that reading the colored manga would make for a far more enjoyable experience, and after a quick search to discover that Part 3 was indeed completed, I gave it a go, and  it is one of the most enjoyable and creative works I have ever read through. It’s absurd when you get down to it, overly dramatic, quite stupid, all of which is intentional, and all of which I gobbled up like a hungry little chipmunk. I would be going through Part 4, but I want some breathing room. These things take ~5 years to make after all. Oh, and I’m also graduating from community college, and have been accepted in an honor’s society because I’m apparently smart. Pfft, yeah right.

Continuing to add to my reasons to be disinterested in VR, aside from the fact that I don’t believe that it will ever catch on, and it serves no purpose that cannot be adequately represented via the two well worn methods of input that exist in the medium, the Valve-backed HTC Vive, will run for $800. It will also come with motion controllers, because those are a trend people thought would be the wave of the future but are generally looked at with scorn. I simply doubt that VR will change much of anything, and I certainly don’t believe that the recently announced Sword Art Online: The Beginning, a VR MMO will prove otherwise. Let alone fulfill the dream SAO was based on before 400 people die in that story and the rest were atrophied after being immobile for two years because they played too much of a video game where you can sleep and eat. The game will have location testing in Japan within the upcoming month, wherein 208 people will be locked inside of the game as they slowly perish. Or maybe they’ll just be bored because it’s Sword Art Online.

Tossing that negativity aside, Mistwalker are doing something with 3D Dot Game Heroes and Bravely Default developer, Silicon Studio. What exactly will it be? Is this related to that other project talked about a few weeks ago? No clue, it’s just an announcement, and there is nothing to base a prediction on. There is something to go off on with the recently announced Azure Striker Gunvolt 2, by which I mean that it looks just like the first one. Needless to say, I did not care for this speedrun centric take on where the Mega Man series was going with ZX, but it is interesting to see a game like this be revealed at MAGFest, a western convention, to a western audience. I’m sure that more Japanese developers would think of doing things like this if localization were cheaper.

Speaking of localization, NIS America held a press event over this week, wherein they made quite a few announcements. Moving in chronological order, the cute adventure game htoL#NiQ: The Firefly Diary and the supposedly good if a bit too perverted Criminal Girls: Invite Only are both coming to Steam in March 14th and April respectively. The visually stimulating dungeon crawler Stranger Of Sword City will release for Vita shortly thereafter, on April 26th. The equally lovely looking 2D Vita SRPG whose trailer reminds me of Radiant HIstoria and Valkyria Chronicles, Grand Kingdom will follow after that with a release come June 21st. The Bullet Hell Doujin Touhou Fighter Genso Rondo will hit PS4 sometime this summer. Psycho-Pass: Mandatory Happiness, a visual novel based on the anime will hit PS4, Vita, and Steam. While the cute Nippon Ichi Software developed horror title, Yomawari: Night Alone will be released for Vita to close out the year. Also, Criminal Girls 2 will likely come out for Vita sometime soon.

That list of games is pretty fantastic in itself, and while I personally am not interested in the Touhou hole, aside from that Koumajou Densetsu: Scarlet Symphony Doujin… fan game… thing that’s basically IGA-era Castlevania. While I found Psycho-Pass to be a largely boring show with a faulty premise, and I have no interest in revisiting it with a visual novel I never expected to be localized. But it is, and for every system but its debut platform of the Xbox One. No, seriously, this happened with developer .5bp quite a lot in the Xbox 360 days. As for the rest, I am actually interested in all of them, and those that were not announced for PC, or rather Steam, are likely coming sooner or later. Stranger Of Sword City has a recently updated Steam Database entry. Grand Kingdom is some sort of collaboration between the Spike Chunsoft and NISA, both of whom want to expand their PC library, so one of them is likely to port the PS4 version in due time. While Yomawari and Criminal Girls 2 are internally developed successors to games already confirmed to have Steam releases. I just hope things get better, as the first PC port from NISA, Disgaea PC had some issues upon launch, but the team is aware of them, are working to fix them, and a patch should be out on March 2nd. It would have been nice to see a flawless or mostly flawless launch, but hopefully this will be a one time thing. 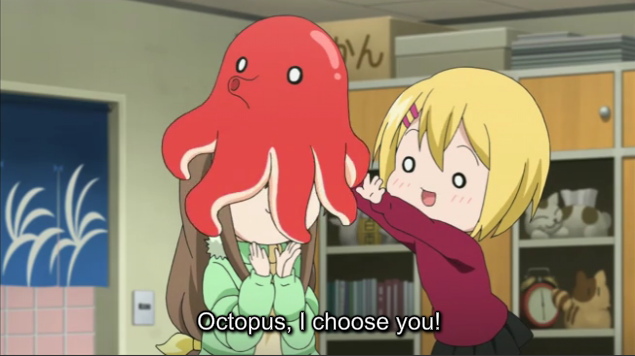 Four days after that press event, Pokemon had it’s proper 20th anniversary with a five minute Pokemon Direct that revealed Pokemon Sun and Moon, and offered no gameplay whatsoever, just concept arts of cars, a hotel a model of some bird Pokemon, and a confirmation it will be out for 3DS in late 2016. There is nothing to go on beyond wild speculation, but I hope that with things like the recent boom of  Yo-Kai Watch in Japan, the series shakes things up by a pleasant margin. It’s not going to, but I can hope for the best, right?

Okay, I talked about… mostly JRPGs for about two pages. Anything else to add? Oh, right, the mediocre dungeon crawler Mind Zero is just coming out March 8 for PC, after it was announced for PC via Steam Greenlight in September 2014. I guess the developers, Acquire, were busy with Akiba’s Trip…