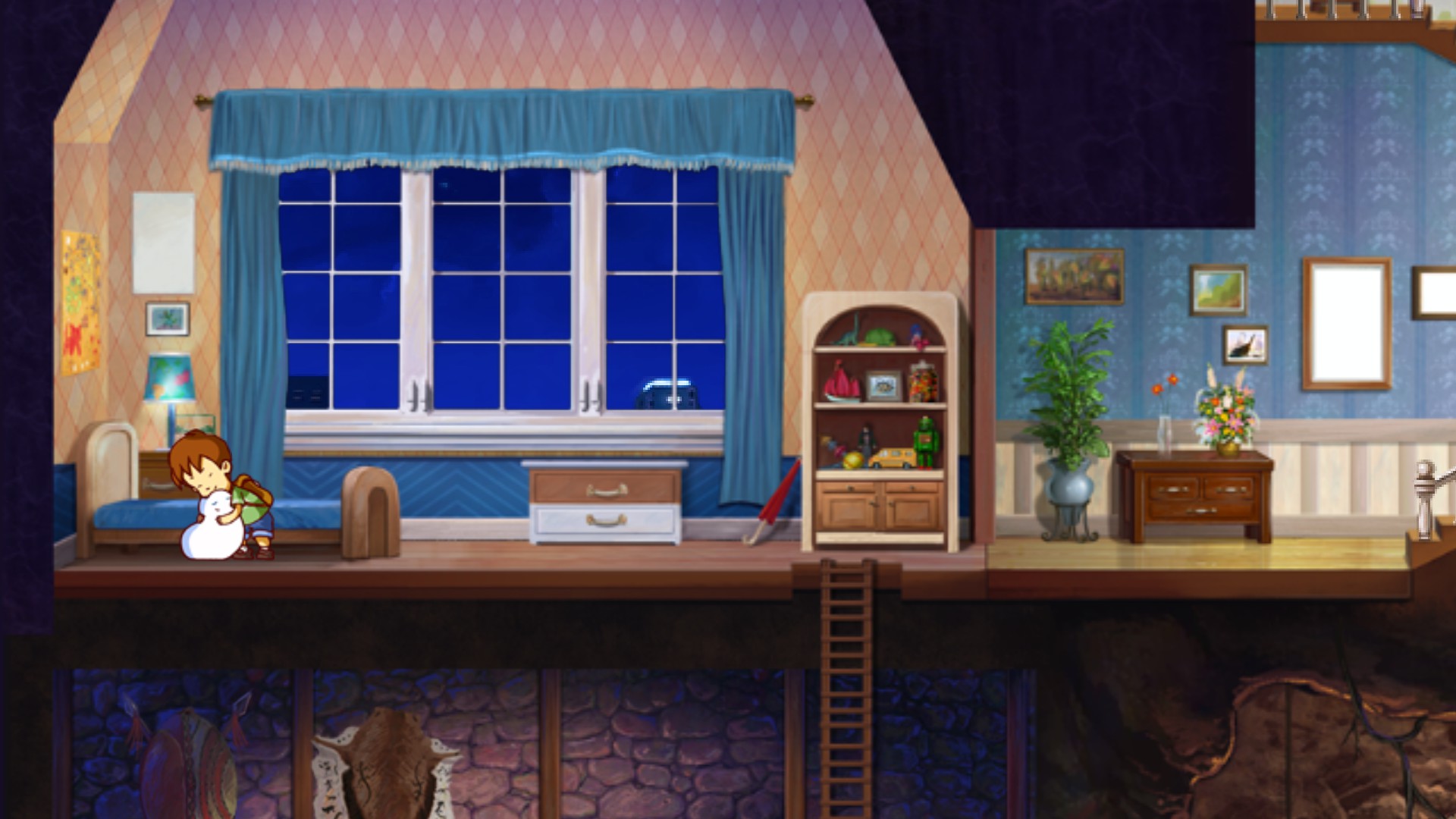 This year has not been marvelous in regards to the games I’ve played.  Most have been pretty average so, far, which is unfortunate since I try to curate my list of games to play to contain games that are generally well received.  I enjoy being able to deconstruct elements of a game and articulate what exactly I dislike about them, but I’d rather be releasing relentless praise upon games, joyful that I had the opportunity to play them.  …Unfortunately, I can’t do that here.

From the onset, A Boy and His Blob is set as a quaint little adventure about a youth and his metamorphic gooey friend on a quest to explore a mysterious resurgence of strange black creatures that are appearing throughout the world, and threaten the homeworld of the sentient wad of silly putty.  Thus sending the two on an adventure across the world and to the stars.  All with no dialog and no real plot beyond that, other than defeat the big bad king by the end.

In theory, this could work, a lighthearted and charming tale of interspecies friendship shown through the characters interacting with one another and displaying their friendship at set points.  Unfortunately, that isn’t the case.  The youngling and his sentient wad of pudding are not shown to be friends aside from a few points (or whenever you press the hug button) nor are they ever shown to have much in the way of personality beyond being a youth and his maliable companion.  Their animations, while well done, are rather plain, and their designs are about as basic as you can get.  Plus, the gameplay fails to make either of them endearing, quite the opposite in fact.

A Boy and His Blob is effectively a puzzle platformer, where the gimmick is that the offspring of two now deceased individuals uses an assortment of jelly beans to cause his pet alien to transform into various things.  A ladder for climbing, a hole for dropping, an anvil for switches, a ball for running, a hoppity ball for bouncing, a rocket for flying, a jack for crushing or manipulating the height of platforms that mister mint bubblegum shouldn’t be able to lift, and a cannon for shooting his master into a wall.

In theory, this leads to an assortment of interesting platforming challenges that require the player to think using the jelly beans they have access to in a given level, and leads to a level of variety throughout the experience, but the crux of this entire consent, the fun factor, was pretty much absent from the entire experience.

Across the main 38 levels, there are only about five of them that I found to be necessarily fun, while the remainder were either boring due to the simple design of them all, and the fact that using these abilities makes for a slow and arduous experience.  The rest of the time, the game’s just annoying.  Requiring a level or precision that I found to be completely unnecessary, especially in a game that I at least assume was made to have an appeal to a younger and less experienced audience.  An audience who would surely have the patience to call for their jello-like friend several hundred times throughout the game, and dying several hundred times as well. 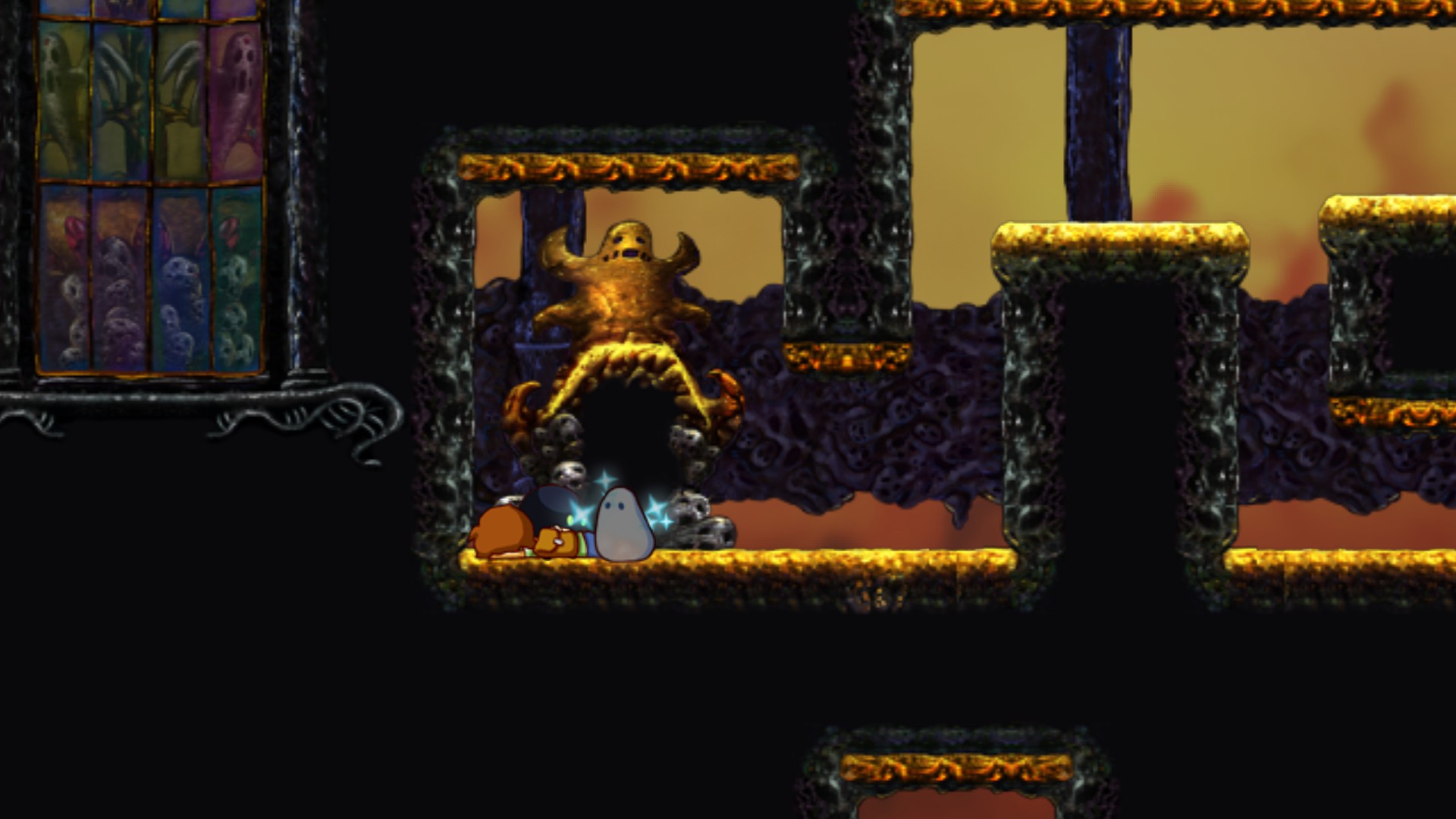 Yeah, I don’t know if I was just being impatient, but I’m pretty sure I died more in A Boy and His Blob than I did in my first run of Dark Souls.  I probably died more than 300 times in this ten hour game, and I don’t think I’m exaggerating at all.  This was not really due to one specific thing, more an assortment of every hazard the game threw my way.  Gravity, pits, water, cherry flavor Kool-aid, rocks, and enemies who the boy poked and immediately died of… I don’t know, cancer?  The enemies all look like amalgamous tumors, so I’m saying that they cause cancer.

Everything is competently done on some level, and I can see someone finding a way to enjoy this game, much like I can see a lot of good and potential in a few of the faster stages that mostly rely on testing one new ability for the child’s pet goo.  Glimmers of something special that are overshadowed by the bore that is the majority of the game.

I wish I could end by praising the game for looking great, but it really doesn’t.  The PC port was handled by Abstraction games, the people behind the PC ports for Danganronpa 1 and 2.  My problem with those ports was they they used the original game assets, and it was clear that they were being stretched to accommodate a 1080p screen based on assets that I believe were made for a 480p screen.

Backgrounds are blurred, characters almost look like sprites at times, and assets are occasionally placed so you can see past the platforms and see into the backgrounds.  There’s also horrendous screen tearing in the game, with no VSync option.  Screen tearing that even occurs during the opening company logos.  All of which could be somewhat dismissed if the game’s art style were interesting, but it isn’t.  Yes, the animation quality is there, but the designs just aren’t 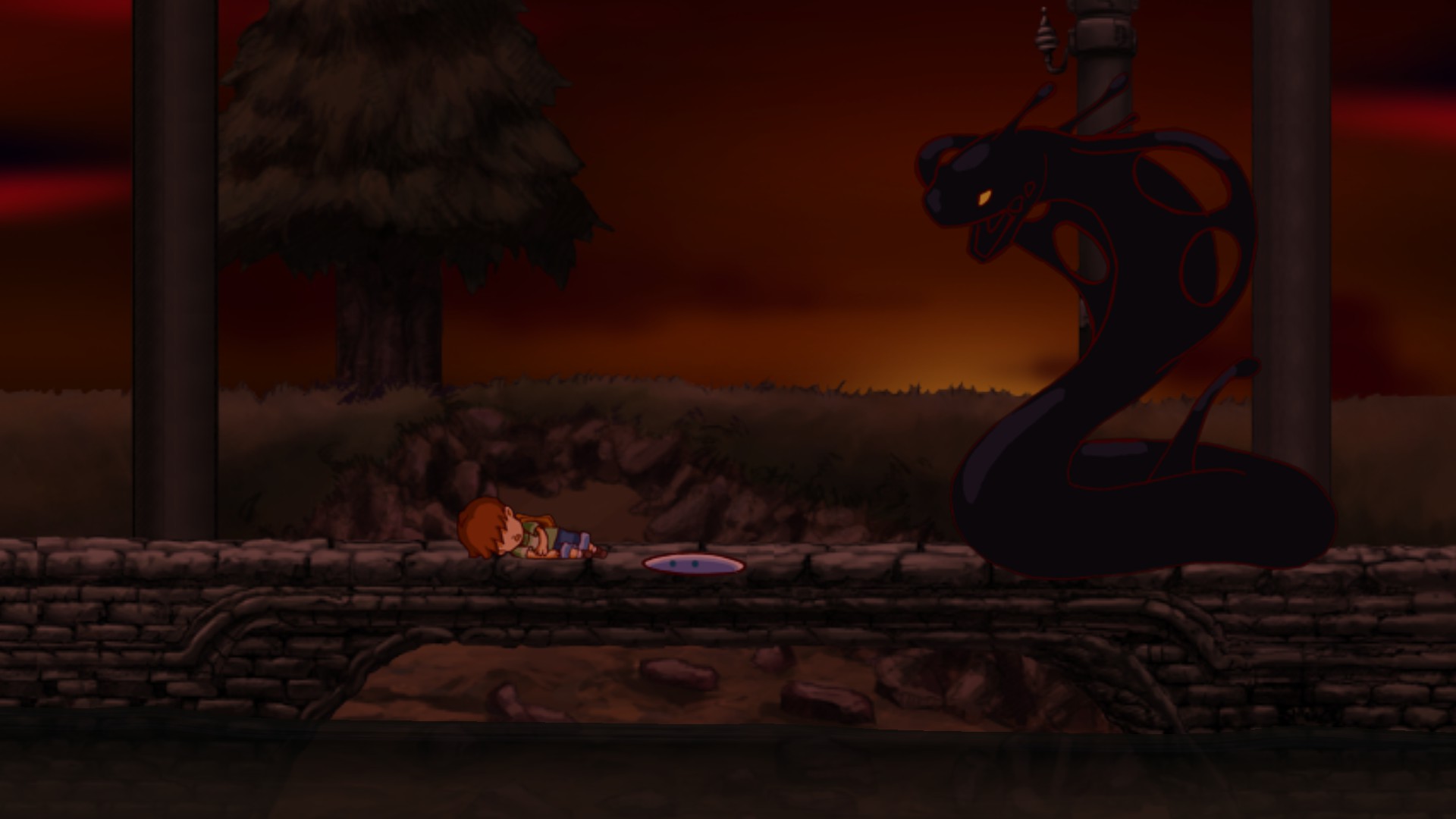 I don’t like being particularly bitter about game like this, but I also don’t like being past disappointed with games that I chose to invest my time into and gave a chance.  A Boy and His Blob is a boring and obnoxious trek that is not so much vanilla as it is styrofoam.  An experience so middling and subpar that I wish I experienced years ago like I originally wanted to, simply so I would have forgotten about.