Hey, check out this rad sketch eccentric artist ONATART made for me as a thank you for helping with his Patreon page, which you should consider supporting if you like weird eccentric art and don’t mind some NSFW-ness.  Or you could check out their DeviantArt page, which is full of years worth of drawn delights.  Anyways, on with the recapping of the video games.

As per usual, there is more Pokemon Sun and Moon news to sift through, as a new trailer came out right after a couple leaks revealed half of the goodies.  Type: Null, the oddly named chimera-looking Pokemon with a power restricting mask surprisingly received an evolution where the mask is shattered, life returns to their oddly arranged body, and they gain an ability that allow them to change their type based on their hold item… just like Arceus.  An ability they can take advantage by using their type changing attack, Multi-Type.  Which is a really creative name…

Jangmo-o, that prideful little dragon with the big head, will unsurprisingly receive two evolutions, both of them Dragon Fighting type, and increasingly more adorned with scales that resemble some sort of jewelry.  They are also quite battle hungry, and are supposedly strengthening themselves for a shadowy force that threatens the world, which is always fun.  Bounsweet, the fluffy fruit Pokemon that is filled with refreshing juices, will also be the first in a line of three pure Grass types, with Steenee acting as a cute little flowery feminine sort of Pokemon with leafy hair and a petally waist, and the queenish Tsareena, who is a full blown diva with her petal boots, thick waist, long leafy hair, hidden mouth, and lengthy eyelashes.  They are easily the most feminine Pokemon since Gothitelle, but considering they they are cultivated flowers, I believe it is reasonable.  Then again, I think the ice cream cone Pokemon is wholly justified by lore.

The Bug Fairy type Cutiefly’s evolution, which was previously leaked, was revealed as Ribombee, who certainly looks like a bee themed fairy if you told the artist not to include a stinger and instead give it a cute little brown scarf.  It’s a shame that a cutie like that will most likely be outclassed by other Pokemon so soon, such as the Poison and Dark type Alolan Grimer and Muk.  The first sludge ball has been given a green color scheme, a yellow lip, as if he just ate some honey, and two rocky teeth.  While Muk is a far more colorful glob of green, pink, yellow, and blue in a way that makes them look like a big scoop of multi-colored ice cream, complete with chunks of additional rock salt, or perhaps it is ice?  Actually, the crystals on these Alolan forms are concentrated poison that is generated by these insatiable piles of rubbish and chemicals. Cool. 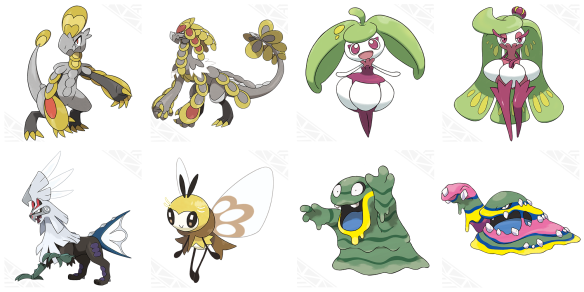 Moving away from that almost weekly segment, it was revealed at a Korean VR event that Princess Maker VR is in development for PC and consoles.  The game will take inspiration from the second game in this series, which was officially released in English for the first time a few weeks ago, and will put players in the role of a father tasked with raising their precious little princess over the course of several years.  While my interest in VR is slim to nonexistent, I love the idea of even theoretically perverted content coming to the service, and am eager to see how games like this and Summer Lesson are received.

Keeping with the niche Japanese franchises and slightly perverted nature, after several months of silence from NISA, it has been announced that Criminal Girls: Invite Only will be arriving on Steam on January 11th 2017.  A whole nine months after it was originally set to come out, for some reason.  While there are some perverted elements, the general design and, well, the title earned my interest a while ago, and I should get around to reviewing this game and several other NISA PC ports whenever they have a nice sale.  And when my review schedule opens up.  Which it won’t until next year, since I just decided on something I’ll be reviewing this November.

In a move that I can’t help but view as Vale admitting that their Steam Controller did not do anywhere near as well as they hoped, it has been announced that Steam will be expanding to natively support the Playstation 4’s Dualshock 4 controller.  It will have the same basic features as Valve’s ill fated controller, and will allow players to customize touchpad and gyroscopic controls when designing game specific control profiles.  It is a nice feature for sure, but I doubt I’ll ever play with it.  I’ve been using an Xbox 360 controller as my primary gaming controller for 8 year now, and I don’t plan on changing that.  Heck, I just bought two of them.

So, I talked about Pokemon, some niche Japanese games, and PC gaming.  Yeah, that’s a pretty good summary of the game news I actually care about these days. 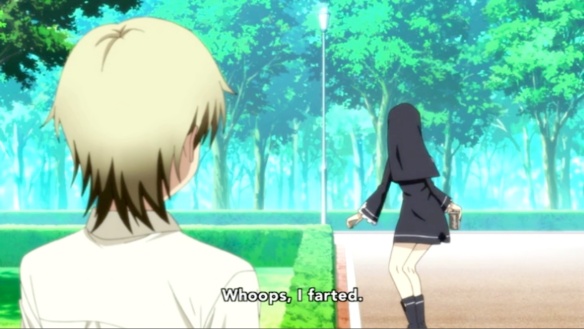