After two months and four games, I am finally done with the Genesis era mainline Sonic games.  It has been an annoying journey from the abysmal Sonic 1, frustrating Sonic 2, and surprisingly alright Sonic CD.  Now I arrive at Sonic 3 & Knuckles, the complete version of Sonic The Hedgehog 3, which only exists because Sonic Team made too many levels to fit on a Genesis cartridge and had to develop new technology to make their original vision playable to the masses.

Set immediately after the events of Sonic 2, Sonic 3’s story centers around Sonic and Tails wandering to Angel Island, the crash site of Doctor Eggman’s Death Egg.  As they enter the island, Sonic is robbed of his Chaos Emeralds by Knuckles the Echidna, who was tricked by the routon doctor into believing that Sonic intends to steal his sacred Master Emerald.  Thereby setting off an adventure through Angel Island where Sonic and Tails frequently encounter the chuckling knucklehead and Doctor Eggman alike through a variety of stages before Sonic & Knuckles begins, turning the journey into something a bit grander, and also giving Knuckles his own story.

Though it’s just a step above Sonic 2 in terms of complexity, the story actually shines quite a bit due to its presentation and, well, actual attempts to have a story, one that is conveyed to the player entirely through actions and animations from the pixelated cast, and is used to make the world feel more cohesive.  Each act of the game, as well as maintaining a different look, has a clear tradition between both stages, while every zone receives similar treatment with an animation that connect dramatically different acts together.  When combined with a number of scripted scenes, the end result is actually pretty impressive, at least for the time.

As for the gameplay, well, nothing much changed.  Sonic is still a speedy blue little anthropomorphized animal who collects rings while zooming through sprawling levels, gathering rings, and busting up badniks to free the animals trapped within.  The controls are responsive,  The act of movement feels good, and there are still a collection of genuinely enjoyable levels that emphasize the joy of movement these games can provide.  There are parts that certainly feel fair and well devised, but most of the game is just annoying.

The combination of high speeds, abundant traps, and a limited amount of screen space all lead to frustration, the loss of rings, and the loss of lives in a way that seldom if ever feels like anything more than a punishment for not knowing the level layout.  All too often are enemies placed right where the player character would be after making a jump, are retracting spikes placed in a area the player would zip through without noticing such a thing, and are springs lined in a way that sends the player backwards for pretty much no reason.  I theorized in my Sonic CD review that a lot about this level design would benefit from a widescreen perspective that shows more horizontal space to inform the player about what obstacles directly in front of them, and that sounds completely right after playing this game.

The only major gameplay differences present that comes to mind when comparing this game to its predecessors, aside from boss battles at the end of every act instead of every second act, would be the introduction of new shields that not only protect characters from a hit, they have their own special movement capabilities.  The aqua shield allows the main character to bounce off the ground and breathe when underwater.  The fire shield grants them immunity to flames and lets them burst through the air, often directly into danger.  While the lightning shield lets them double jump and attracts rings to their location.

All of these serve to enhance the platforming in a way comparable to certain Mario power-ups, but considering how easy it is to get hit by any number of obstacles, it’s not likely any shield will last long enough to reach the boss and likely devastate it with its enhanced mobility.  Instead, the only thing that is likely to be devastated is the player’s spirit after they lose their shield for a foolish reason, which is highly likely if they are not adept at this game, or using save states liberally.  Both of which describe me to a T.

Speaking of liberal save state usage, special stages return, this time hidden through small crevices in most levels, and boasting a total of 14 unique stages that would have me spitting bile if not for the powers of officially sanctioned emulation.  Set up as some sort of puzzle game, it places the main character in a room filled with various colored spheres, and tasks the player to run over all of one color in order to turn it into another color, a color that the main character cannot touch, lest they be kicked out of the special stage.

Which would be fine if the pseudo-3D perspective was not as jarring and difficult to process with its odd sense of depth, if the stages were not grid based, and if the main character did not move at increasingly high speeds.  They are not as much hard as they are an unforgiving side steps that expects far, far too much from the player, and give them precisely one chance per special stage.  While there are numerous opportunities in each act, these stages are neither fun nor fair.

However, I not only went through all of them to collect the chaos emeralds and the super emeralds too.  Simply to see the true ending and to go Hyper Sonic to trivialize most boss battle.  I’m just glad the player has more control over when they enter said super mode, as they now need to press the jump button twice to transform into an unyieldingly fast and invincible character instead of once.

For as frustrating as that all was and is, the presentation of this game is still top notch.  Even when ignoring the more intricate animated vignettes that segway sections of the game into a more cohesive whole, the visuals, sprite work, and soundtrack are all top notch for the system and era.  Environments are distinct, there is a lot of detail placed in just about every screen of every stage, enemies, while a bit abstract, feel creative in their designs and don’t really blend in with the environment.  Boss designs are appealing, Sonic and friends all animate well, and the vibrant color scheme of it all makes for a lovely looking title.

While the soundtrack once again impresses and manages to remain very distinct amongst both other game soundtracks, and other soundtracks in the series.  It is well known that Michael Jackson worked on the soundtrack to this game in early stages, and I think it at the very least played a positive influence on the score, as it is filled with memorable and appealing melodies that, as is the case with many titles in the series, are probably the best part about this game. 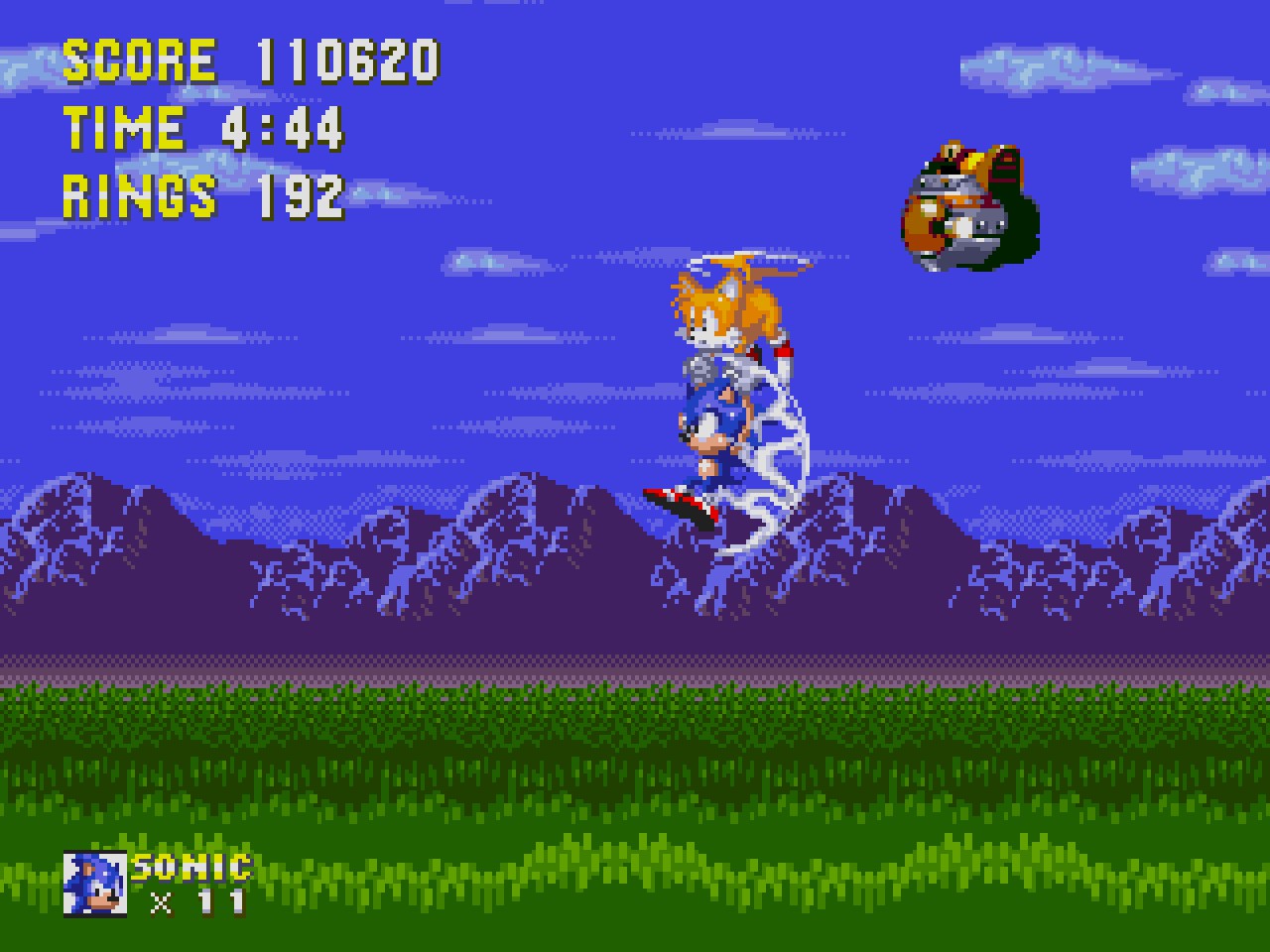 So, that’s all of the Genesis era Sonic games I care to review, and my ultimate conclusion about them is quite simple.  While containing artistic merit with the vibrant visual designs, increasingly enticing sprite work, and enticing music, the games just are not very fun to play.  The emphasis on speed makes any slower sections feel bizarrely displaced, the reliance on momentum made the controls not the most optimized for precise and quick movements, hampered by the series’ emphasis on momentum, and the limited amount of screen space makes the game more frustrating, as the player lacks the amount of time to observe what’s in front of them.  Also the special stages are all utter tripe.  Going through all of them and getting the chaos emeralds 4 unique times amounted for one of the most frustrating experiences I recall ever having with a video game, and I’m happy to be finally, at long last, done with them.

Now I’m going to play Sonic Heroes for the first time in a decade to see if that holds up any better than this series of clunkers. 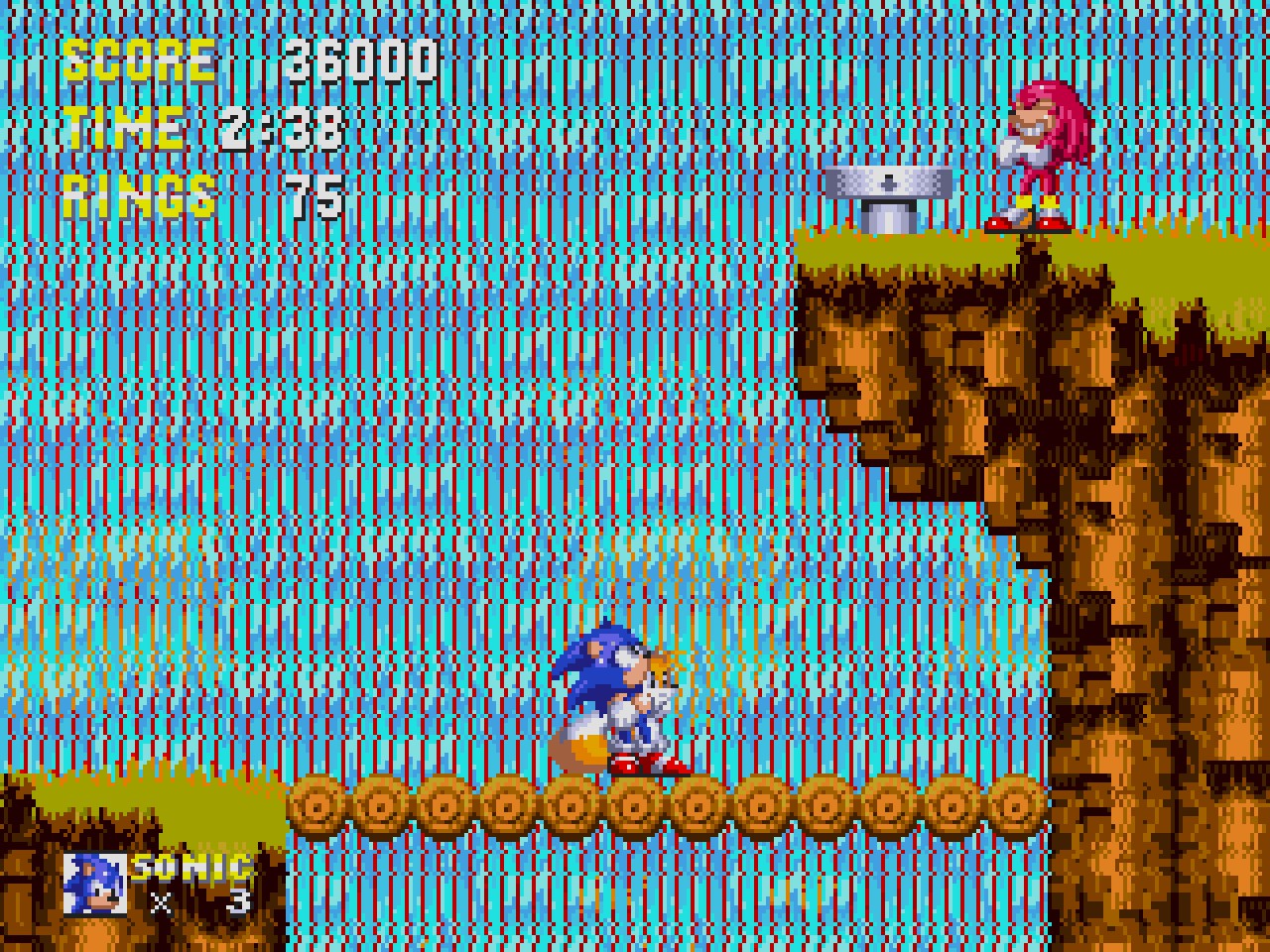