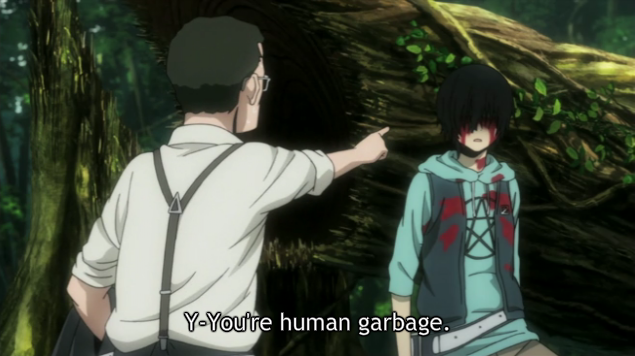 I don’t really talk about this too often, but I do not have a very high opinion of myself.  In fact, you could say that I have a problem where I doubt my abilities, capacity, and blame myself for things that are not even remotely my fault.  So when I am able to surpass the low expectations I set for myself, I am often surprised.  I mean, the fact that I have been able to do very well in school for the past 7 years (3.5+ GPA) and have been able to maintain a regular job for the past 3 are both things that I never thought possible.  Heck, back when I was 10, I thought I would struggle to ever finish high school, fail to ever be employed in any capacity, and die before I reached my twenties via an accident or suicide.  Anyways, onto the video game news.

Continuing the recent stream of Platinum Games’ unsubtle teases, which began earlier this year with a heavily foreshadowed PC port of Bayonetta, the company has effectively announced two games on their official Japanese Twitter account.  Which featured one tweet that showcased artwork of Bayonetta’s designs from the first and second games, arranged and colored in such a way that they resemble the Switch Joy-Cons, implying that the first two games will be re-released for Switch.  Only to then like a Tweet that pointed out the obvious comparison.  A few days later, this was followed by a render of characters from The Wonderful 101 playing their game on the Nintendo Switch.

I am basically viewing these as announcements, and as such, the fact that Bayonetta 1 & 2 and The Wonderful 101 are coming to the Switch is ultimately a good thing, as most ports are.  They are niche titles that will now be available to a new audience after the Wii U failed to gain much traction, and existing fans will be able to enjoy the game on the go or simply on a more modern console that was, for all intensive purposes, a failure.

Following the lukewarm commercial reception the Dragon Quest series has been getting in the west for the past several years, with Nintendo needing to step in as a publishing partner for the 3DS remakes of VII and VIII, whether or not Dragon Quest XI would even come to the west was a legitimate question, and according to a Dutch PR company who did not receive a memo, the game is indeed getting an international release.  The question is, what versions will be localized.

You see Dragon Quest XI is coming out to the 3DS, PS4, and eventually the Switch, all of which will have exclusive content of some sort, with the 3DS version going so far as to present half the game in the style of a SNES game, and include content from classic Dragon Quest games.  Will that version be lost in favor of the open world HD PS4 rendition?  And what about the Switch version that Square Enix has said nothing about?  I suppose the answer to all these questions is simple.  The only people who know has signed NDAs and everyone else will need to wait.

Coming of the heels of the announcement of Terra Battle 2 and Terra Wars two weeks ago, many people, myself included, were confused as to why these games were being announced when Mistwalker had previously promised that they would start developing a console version of the popular mobile game series.  The answer has finally arisen, and it turns out that the game is almost done with pre-production, and if they want a glimpse of what the game would be like, they should check out the upcoming Terra Battle 2.  A game that looks very similar to Terra Battle 1, which I disliked due to how is more of a strategy and reflex intensive puzzle game than it is an RPG.  Needless to say, my interest in the game died down heavily upon hearing this.

As will likely be a regular thing for their upcoming releases going forward, there was a Nintendo Direct held for Splatoon 2.  It primarily dealt with information that was already known about the game’s structure and what is being carried over from the first game, along with a few new things and some mechanical minutia that would often go unmentioned, but was thankfully given a spotlight here.  However, the big take away from the Direct for me, and most people, was the introduction of Pearl and Marina.  Two utterly adorable new character who will serve a similar role to Callie and Marie from the first game, and show just how excellent Nintendo can be at character designers if they are given freedom… and are allowed to make their characters sexy.  They are unsurprisingly really good at that.