Seeing as how this week had little in the way of news that I cared about, I ended up doing a lot of rambling about two specific topics I have some level of passion behind, but do not fall into the category of gaming news that has come to define these Rundowns.  Sorry about that, but this is my segment, and I’ll talk about whatever I goldarn want to.

I fairly regularly mention how China is a growing force in the world of video games, but the Chinese game industry can be notorious for its lack of originality and a multitude of rip-offs.  One of the games to fall into the former category is a game called SINNER, which is remarkably similar to Dark Souls with its dark fantasy aesthetic, weighty movement, and substantial difficulty, as demonstrated at the Sony video game press event, ChinaJoy 2017.  While its similarities are abundant, I am not one to look down at a game for being unoriginal, and it is very possible that this game could amount to something good, if a bit unoriginal.

Square Enix have announced that the recently released Dragon Quest XI: Echoes of an Elusive Age will indeed be localized into multiple languages, and will release throughout the west sometime in 2018.  This was to be expected, even considering the perpetually niche status of the series, and will allow for western audiences to also enjoy the first new mainline game since IX came out in 2009.  No platforms were mentioned, but I am guessing that the game will come out on PS4, Nintendo Switch, and eventually the PC, because Square Enix Japan takes two years to bring any of their games to PC.  However, more than that, I am wondering if the game will feature voice acting, unlike the Japanese version that does not feature voicework of any form.  I suppose these questions will be answered… whenever Square Enix feels like answering them.

I do not really bring this up, because I have little reason to draw attention to it, but I have been playing Fire Emblem Heroes daily since it launched back in February.  This is mostly due to my obsessive personality and drive to collect all of the kawi boys and waifus I possibly can, and also make them into the best boys and waifus they can possibly be, but I also do really enjoy the game.  I do have qualms with the game, some of which I detailed in a review several months ago, but I will hold off until next year to voice them off in order to celebrate the one year anniversary of this game with what may become an annualized review.  I mean, that’s how it should work for a frequently updated service based game.  Oh, and if you do not play this game or care, feel free to skip over this minutia riddled summary.

On July 28th, a new series of limited edition characters were added to the game via the Nohrian Summer event.  With Corrin, Elise, Leo, and Xander.  This is coming only four weeks after the last limited edition character event, Ylissean Summer, making it unlikely for player to have gotten most, if any, of these limitedly available characters.  To further muddy things, characters from Nohiran and Ylissean Summer events will be participating in a voting gauntlet on August 1st.  Despite the fact that I doubt more than 2% of the entire playerbase will have access to all of these characters.

On August 7th, Fire Emblem Heroes will be celebrating its six month anniversary and will be issuing a series of bonuses for active players.  Including a log-in event to obtain up to 40 orbs, new daily quests, daily Special Maps, and changes to the way that new summoning focus will be handled.  In short, the first characters summoned from each summoning focus will be free for the player and not cost them any orbs.  Furthermore, the rarities of 4 star and 3 star characters will be permanently switched to 58% and 36% respectively, preventing players from getting a boundless excess of 3 star duplicates of the same 49 characters.

On August 8th, version 1.6 of Fire Emblem Heroes will debut, with a few new features.  Including Arena Assault is a seven round endurance battle where players must use seven teams in combat to determine their rewards.  It will not cost any stamina or dueling swords to participate, feature usable items specifically for this mode, and introduce a new currency called Sacred Coins.  No details were provided as to how the Arena Assault Items are obtained and what the Sacred Coins do.  This update will also introduce the Catalog of Heroes, a Pokedex or Bestiary esque tool that looks to be very handy, if a bit limited due to a lack of organizational options.  Other miscellaneous improvements include the ability for characters to accumulate more Hero Merit, with an increase from 2,000 to 3,000, additional EXP and SP rewards from Arena battles, and unmentioned “improvements” will be for the ever useful Training Tower.

While August 11th will mark the beginning of this month’s Tempest Trial event.  It will bring with it the following features:  A lower difficulty setting.  Bonus points for the first two attempts a player makes in a everyday.  A Continuous Auto feature will be added to allow player to go through multi-round battles by relying on the game’s questionable Auto-Battle system.  The ability to save teams for multi-team battles.  Along with HP, stat, EXP, and SP boosts for all Bonus characters used in Tempest Trials.  All of which is good, except for how the 40% bonus characters in the upcoming version of Tempest Trial will be characters released four weeks ago, meaning that most players will not have gotten any of them via the gasha, and will not be able to get the most points possible.  Which stinks. 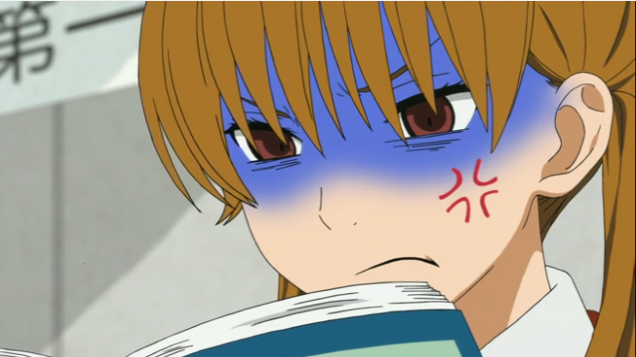 As a whole, it is nice to see the continued support of this game, and see improvements being actively made to it, but there are still many minor things that I will delve more into my 2018 review of this game, which will potentially be a manifesto due to the many mechanics that make up Fire Emblem Heroes, but I will get to that in February.  Oh, and there will be a new Grand Hero battle with Valter of Fire Emblem: The Sacred Stones sometime in late August.

Seeing as how this week has been yet another light week regarding game news that I care about, there is a particular bugbear that has been irking me for a few days ago.  In short, there was recently some sort of kerfuffle about a bunch of people who started attacking an artist for drawing “genderbends” of fictional characters, naming them transphobic because of that.  A concept that both confuses and irritates me.

Before continuing, I feel that I should define the terms that are being used, seeing as how that is a good way to defuse some arguments instantaneously.  Transphobic: Someone or something that expresses an intense dislike of or prejudice against transsexual or transgender people.  Genderbend: A reinterpretation of someone or a character if they had born a different sex and were a different gender.  Or in other words, what if *insert character here* was a man/woman.  Now then, looking at these definitions, you could theoretically have a piece of genderbend art that is transphobic, but it would be wrong to say that every piece of genderbend art is inherently transphobic.  Heck, I cannot remember ever seeing a single example of transphobic genderbend art.

In fact, I know of multiple people who came to terms that they are transgender largely because of genderbend artwork, or artwork depicting a similar theme of a character who was once one gender and sex changing both their gender and sex.  Heck, it’s how I came to terms with being transgender.  So if anything, there is an argument that it could be helpful for people to contemplate their gender identity and better come to terms with who they want to be.  Plus, gender bending can be just plain old cool and sexy, and never have I found any genderbend art to be