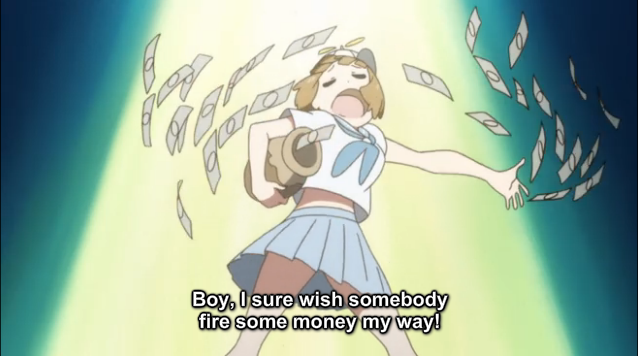 With my facial feminization surgery less than two months away, I have been taking a closer look at my future finances and how exactly I am going to afford things going forward into 2018.  Things are not as well as I initially forecast, but by borrowing money from my grandmother, I should be able to afford the surgery without using up absolutely all of my liquid assets, and will only walk away with a fairly small account payable.  Which I will pay back over the 2018 period, wherein I hope to see slightly increased revenues, but in order to afford the many new expenses I will encounter in this period, I will need to forego certain luxuries.  Most notably frequent game purchases.  Gah, finances, you are quite the troublesome dastard sometimes.

This past week week happened to align with Paris Games Week, an annual gaming convention for France that rarely has much news, but Sony held a press conference during the event, which naturally brought with it a share of new announcements and new trailers.  I will not be covering everything because, well, I don’t like covering many things I am apathetic towards.

The first announcement was for Guacamelee 2, a sequel to a beloved metroidvania title that I really was not a fan of when I first played it four years ago.  While I have been wanting to give the game another shot, just looking at the gameplay demo shown during the pre-show resurfaced some less than pleasant memories.  The game also looks remarkably similar to its predecessor, with the biggest innovations being a slightly different spin on dual world gameplay, an expanded moveset for the chicken form, and 4 player co-op.  None of which really imply much innovation.

Spelunky 2 also served as a successor to a popular independent gem, and one that I honestly never had much interest in as it was a roguelike platformer with a notoriously difficult to reach conclusion.  The successor takes place several decades after the original, with the titular spelunker having retired and passed away, while his legacy lives on with his daughter.  A nice enough concept, though I doubt anybody really cared about the story justification for another Spelunky, which makes it an odd thing to focus on for the reveal trailer.

As for Sony first party titles, the conference was only home to one really remarkable new title with the latest game from Infamous developer Sucker Punch finally being revealed after the studio went quiet a few years ago.  Their new title, Ghost of Tsushima, is set in 13th century Japan and centers around samurais, but few more details beyond that can be ascertained without mostly blind speculation.  It looks to be a very visually impressive action driven title with samurais, but the vague cinematic trailer shown doesn’t leave much else for interpretation.  Still, the game looks rather promising.

Beyond that, the show did host a number of trailers, most of which further established things that could already be implied from earlier trailers.  Sony, Insomniac, and Marvel’s Spider-Man title looks to be a very narrative driven experience that both draws upon a lot of elements of the Spider-Man mythos while also trying to tell a unique story.  Detroit: Beyond Human looks to continue the cycle that has come to exemplify Quantic Dream games, which is to say, a very promising title that is hindered by the fact that writer and director David Cage is simply not a very talented storyteller.  He is a man prone to simply emulating ideas he saw in other mediums and not adequately analyzing his own work as he is creating it.

The still untitled God of War reboot got another minor gameplay trailer, showing that Kratos’ child eventually becomes useful in combat.  The Shadow of the Colossus remake received a scenic trailer showing off the recreated setting of the beloved PS2 classic, while also painting a distinctly different picture than its predecessor with regards to lighting and such.  While The Last of Us Part II had a particularly grisly and unsettling trailer that involved a woman’s arms being repeatedly bashed with a hammer while another woman was hung by a group of religious zealots.  Which I guess is to be expected at this point, even though I did not find The Last of Us to be that grizzly.

I’m serious.  Though, that is mostly because I played through The Last Of Us while doing as little damage as I could and actively trying to avoid confrontations with enemies, which really did make the protagonist’s actions near the end of the game that much more confusing.  Especially because I did a nonlethal run of the “final level” of the game, when I think it was thematically meant to be something far bloodier.  Heck, I even avoided killing the scientists thanks to some odd checkpointing on the game’s behalf.

Moving onto something completely different, a new trailer for Pokemon Ultra Sun and Ultra Moon has arrived and as to be expected for near release trailers of Pokemon games, it proceeds to spoil post-game content by announcing several things.  One, Team Rocket is back as Team Rainbow Rocket, and they have joined forces with the antagonists from prior generations to create a new team of Ultra Evil… though, I doubt it will actually end up as cool as the concept warrants.  The Battle Agency is the latest iteration of GameFreak simplifying and making the Battle Frontier from Pokemon Emerald into something pretty boring, and hiding the super good items behind a progression wall.

The obnoxious to find Zygarde cells from Sun and Moon, which were almost certainly a leftover from a cancelled Pokemon Z, will be replaced with Totem Stickers, a more visually identifiable collectible that allow players to, somehow, unlock Totem Pokemon.  The excellent Island Scan feature will be returning with a wider variety of Pokemon to catch in accordance to an online resource explaining which Pokemon appears where.  And every Legendary Pokemon is catchable.  No, I’m not kidding.  It genuinely seems like nearly every single Pokemon will be obtainable across these two games, and you know what?  That is amazing.  Though, I really wish the event only Pokemon received a similar treatment, because then people could actually catch ‘em all.

The prolific fighting game developer, Arc System Works, best known for the Guilty Gear, BlazBlue, and the upcoming Dragon Ball FighterZ, announced that they will be establishing a North American branch of the company in order to “open the channels of communication between fan and developer.”  Which makes this expansion sound more like the American branch will primarily exist for Arc System Works to incorporate feedback from their non-Japanese audiences, rather than being a support developer or some such thing.  Still, with fighting games becoming increasingly more dependent on a nice community, maintaining communication with said community is important.