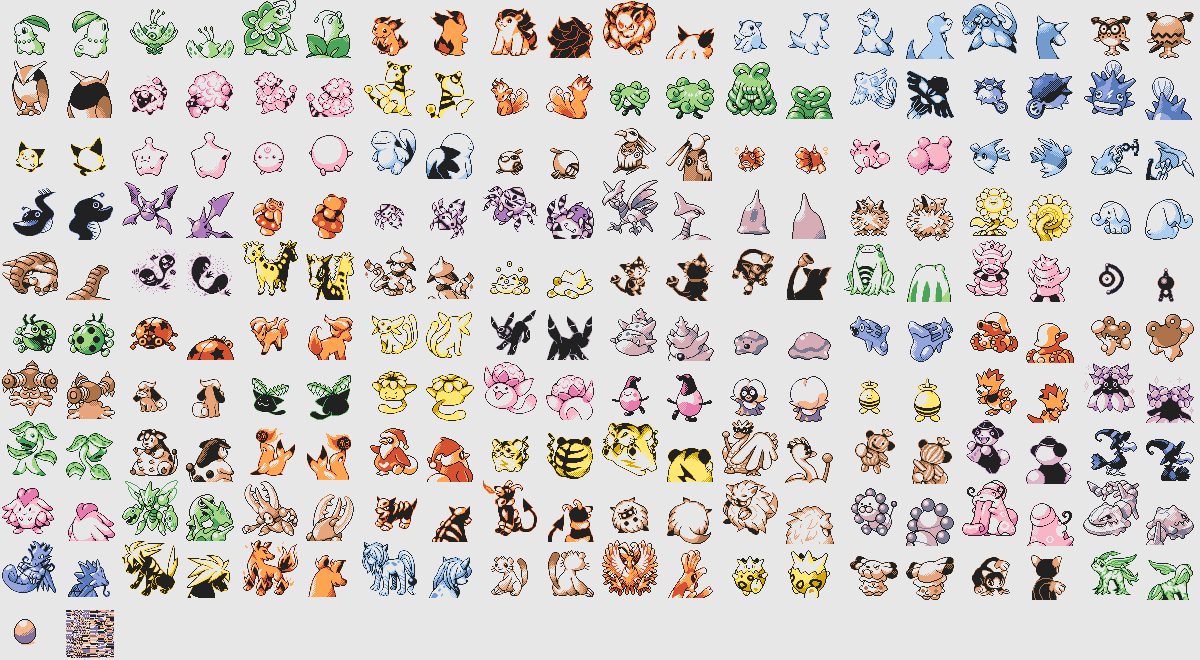 I mentioned before that I utterly love gaming history, and all of the odd bits that come attached with it, and one of the greatest fascinations for me as a child was the development of the second Pokemon game, originally entitled Pokemon 2, before being renamed Gold and Silver.  Basically, the game was extensively delayed, reworked, and refined over three years before it finally came out, and a lot of things changed in that time, with said changes being evident thanks to a 1997 Space World demo.  Well, said demo founds its way onto the internet… 21 years later, and a lot of details about the original rendition of the game were made available, including map data and many unused Pokemon designs.

It is genuinely fascinating to me to see such a candid rendition of the original vision for a game, and while what is here is clearly unfinished, part of me cannot help but wonder what this game could have been like if it was properly realized, what with its weird pre-evolutions of already weak Pokemon, the decision to make the entirety of Japan a region, and the number of evolutions that were either cut or repurposed later on.  I mean, sure the sprite art is not that great, but I seriously would like to see some of these, such as that split Weepinbell evolution, in another game. Anyways, onto the main piece of Pokemon news this week.

After months of rumors and some of the most rampant speculation I have ever seen, the next Pokemon title has finally been revealed as Pokemon Let’s Go, Pikachu and Let’s Go, Eevee, two games that will serve as a fairly direct recreation of the Kanto seen in the generation I games, specifically Yellow, complete with the same tile based world design, and presumably the same storyline.  They will also only feature the original 151 Pokemon along with their Alolan forms, in addition to a single brand new Pokemon of sorts.

Starting with the positives, the game does represent a major graphical leap forward, and while I do find some of the human character designs to be a bit on the iffy side, it does look nice based on the trailer.  The game features two player co-op, allowing players to go on their own Pokemon journey together. Following Pokemon, along with Ride Pokemon, return. Pokemon can now be seen wandering around the overworld. The player’s party can now be changed at any time, not just via interaction with a PC.  And there is a new feature that lets players dress up both Eevee and PIkachu, the starters for the respective versions, in funny little outfits. All of which is pretty cool.

As for the negatives, the Pikachu and Eevee that serve as the starter Pokemon cannot evolve.  There is no breeding. The game is very much positioned to be a sort of beginner’s RPG for fans of Pokemon Go, features a lot of connectivity to it, and in addition to allowing Pokemon from Go to be transferred to Let’s Go, it also took inspiration from it with regards to wild Pokemon battles.  By that I mean that there are no wild Pokemon battles, and instead battles are only relegated to trainers, and possibly certain event Pokemon like Mewtwo.  Instead of battling, the goal is simply to catch Pokemon by using the motion controls of the Joy-Con to flick Pokeballs at it. Or you can play the games as they were originally intended and just use button inputs, which none out of six sources I checked reported on, and one of which initially denied it.  Un-freaking-believable, I swear.

Now, I have had some time to digest and deliverbate over this news and, as a whole, I am largely fine with this being its own spin-off thing, so long as there is a way to still train Pokemon beyond trainer battles, and there is according to details that emerged after the fact.  As for whether or not I will win up liking the game, that will need to wait until after the Pokemon Let’s Go, Pikachu and Let’s Go, Eevee come out on November 16th, exclusively for the Nintendo Switch.

Oh, and the game will also launch with the Pokeball Plus accessory that can be used to take Pokemon out for a walk, and can even be used as a controller for the game, though its $50 price tag immediately made me disinterested in it.  Let’s Go is not really what I wanted from this game, but many people seem to be especially interested in this title, and there is a new core game scheduled for 2019, so there’s that to look forward to.

Following a Wal-Mart leak just a few hours earlier, Sega have formally announced Team Sonic Racing, a Sumo Digital developed racing game that, regardless of the branding, is easy to view as a successor to Sonic & All-Stars Racing Transformed, and based purely on the information provided with the announcement, it sounds like a fairly lacking one.  From the shift to a smaller cast of 15 Sonic characters, instead of many Sega properties and the supposed loss of vehicle transformations, which are seemingly replaced with vehicle customization and a new story driven adventure mode.  I would express harsher feeling towards this, but it is very early in the game’s hype cycle, so details are scarce in order to spur speculation and discussion, and full conclusions cannot be drawn until the game launches this winter for PS4, XBO, NSW, and PC.

Likely wanting to provide more reasons for people to check out their conference this year, Bethesda have released a teaser trailer for a game called Fallout 76.  The game is a supposed spin-off title of the series geared around online play and, according to the established lore of the Vault 76 that the game is named after, but beyond that, the trailer does not reveal much, but further details were provided by the reputable Jason Schreier of Kotaku.

He claims that the title is an online survival RPG inspired by games like Rust and Day-Z, was originally prototyped as a multiplayer mode for Fallout 4, will be set very early on in the Fallout timeline, and will feature base building as a central mechanic.  It sounds marginally interesting, though after trying to play a few hours of Fallout 4, I cannot say that I would be interested in another massive Bethesda open world game, period, and my stance of apathy towards any and all multiplayer geared titles should be well documented by now.  Regardless, the game is coming out for PS4, XBO, and PC, potentially later this year from the sound of things.

Following the leak in the form of a photo of a keychain (yes, really), the existence of Assassin’s Creed Odyssey was revealed by Ubisoft via a brief teaser trailer that did little beyond showing that it was an Assassin’s Creed game set in Greece.  Further details emerged, also from Jason Schreier, revealing that the game will reportedly feature a selectable male and female protagonist, a bridging dialog system, various new RPG elements, and a release window within the current fiscal year.  Honestly, this is a bit of a surprise to me after Ubisoft all but claimed that last year’s Assassin’s Creed Origins was a Live Service title, but whatever. I guess this must be more profitable for the long term longevity of their brand, and that really is the most important thing in AAA-Dimension Gamindustri.

See you at E3! pic.twitter.com/03NTPhCkCf

Speaking about brand longevity, the Korean Game Rating Board has listed Borderlands: Game of the Year Edition for PS4, XBO, and PC.  A move that all but confirms that the 2009 title will be remastered in order to generate some revenue for Gearbox and 2K, as well as keeping the brand around before the inevitable release of Borderlands 3.  I am assuming they chose the first game to serve this role, as it was omitted from 2015’s Borderlands: The Handsome Collection, which remastered and bundled Borderlands 2 and The Pre-Sequel, for the PS4 and XBO.  As for why it is listed for the PC though, that is likely due to an upcoming release in the region, as Borderlands for PC was never released in Korean, Traditional Chinese, or Japanese, unlike the sequels.

Though, that is not the only game to be leaked from the Korean Game Rating Board, and no I am not talking about Sunset Overdrive from last week.  I am talking about a listening for the incredibly popular Fortnite, which was rated for Switch in the nation, effectively confirming that the game will be ported to the system.  A bit of news that correlates to another list of Switch titles that have been deemed legitimate by various sources.  The list includes the aforementioned Fornite, Dragon Ball FighterZ, the hero shooter Paladins, and the unannounced titles Killer Queen Black and Overcooked 2.  None of which are surprising to hear about, and knowing how Switch owners buy as many games as most Vita owners used to back in the day, I’m sure they will all do rather well.

I expect to see even more examples of a similar manner of leaks in the next week, as PRE3 kicks it into high gear!  Until then, see ya!