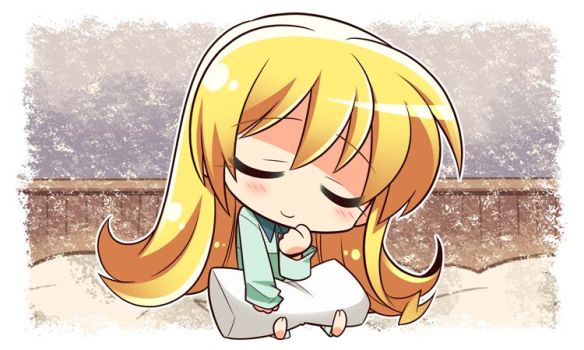 I should probably reiterate something regarding my E3 coverage, and that is the fact that I did not get the opportunity to watch E3 as it was happening for the most part.  Instead, I rapidly tried to catch up on the news as best I could in the brief time I had available, skipping past irrelevant sections and speeding things up by 1.5x before giving my best hot take based on the brief snippets that I saw in order to push out roughly 10,000 words in about 48 hours.  As such, I weirdly wounded up being more positive towards the event itself, and was not really let down by the low points of the press events.

Seeing as how I touched on everything that I wanted to during the prelude to the press conferences and the press conferences themselves, there really is not much else for me to say about news this week due to the simple fact that nothing really surfaced after the fact, there was no major controversy that happened at E3 itself, and while a lot of details were given with regards to the games shown, I typically do not look heavily into the development of games I am personally expecting to play in the near future.

Though, there was one post-E3 announcement that caught me by surprise, and that was Kill La Kill The game, developed by APLUS, who previously worked on Little Witch Academia: The Chamber of Time, and published by Arc System Works.  It is to be a battle action title, whatever that means, based on the 2013 anime series, due out in 2019.  From the provided screenshots, it is clear that Aplus has the ability to capture the visual style of the show despite using 3D character models, and that the game might actually be a fighting game, due to some of the framing and fact that the game will have multiplayer.  Still, finite details are hard to make out, and will not be unveiled until Anime Expo in a few weeks. So I guess there is that to look forward too.

Anything else though?  Well, there was news that Nintendo released the 1981 arcade version of Donkey Kong on the Switch, in a move that makes me roll my eyes and question why the virtual console is not viable, yet straight ports of 37 year old arcade games are, and they can be sold for $8.  I mean, if they want to charge more money for older games, they could easily jack up the price, call it a Switch tax, make the games only available via limited edition physical collector’s set for a month before coming out digitally.  Charge $60 for something like the Metroid 1 through 4, with Zero Mission included, and people will probably lap it up if it comes with some stickers or whatever.  Because at least having an overpriced compilation is better than having absolutely nothing.

Now, what else can I talk about… something I have noticed amongst a certain group of devote Japanese media conseours is their feverish insistence to use the original Japanese name over a completely acceptable English translation of the game.  Now, these people do not speak Japanese, they do not understand what the words mean on a meaningful level, yet they insists on using the original title even if it is called something different in the official English release.

Now, there are instances where I can agree with them, such as how the acclaimed boxing manga Hajime no Ippo was renamed Fighting Spirit when the anime adaptation was localized for the west.  Hajime no Ippo directly translates to The First Step, which loses some of the original meaning, namely stemming from how the series protagonist is named Ippo, making it a play on words.  Personally, I would have advised keeping the name in the title, or really anything else other than using a moniker as generic as Fighting Spirit.

Then there are examples like Fist of the North Star.  The original title, Hokuto no Ken, is still used religiously in some circles, which I find very confusing due to how the English name is very close to the literal translation of the original Japanese, Fist of the Big Dipper.  Here, I can kind of see why people favor the Japanese title as it contains part of the name of the protagonist, Kenshiro, as a play on words that does not translate to English.  However, the series has been known in English as First of the North Star for over 20 years by now, which makes me find the continued insistence on using Hokuto no Ken by some people to just be frustrating.

Then there are examples like My Hero Academia, where the English name has been associated with the series from its very inception, yet some people insist on using Boku no Hero Academia, when “Boku no” literally translates to “mine” or rather my, meaning that some people are using the Japanese name for no other reason than it is the Japanese name, and they want to feel a stronger association with the original Nipponese rendition, rather than have their beloved media be tainted by the influences of the nation which they live within.  For goodness’s sake, the Japanese cover to the first volume literally calls the it My Hero Academia.

I could keep going, but I think the point I really want to emphasize is that I understand that people can grow fond of a Japanese name because they might use it for so long.  However, if there is a direct or understandable translation available for the show in English, and it has been released as such in English, then that English name should be used when discussing the piece of media in question in English.  Otherwise, i find it to be childish, petty, and ultimately frustrating.  Words mean things, and you should words that people know to talk about things.