So, this past week I completed the final class in my undergraduate.  That means that I am set to receive my bachelor’s in accounting soon, but in order to really succeed as an accountant, I will need to obtain a master’s in the subject, and then take a year long test in order to prove that I have what it takes to become a certified public accountant.  Seeing the long path in front of me, I really do not see this as a cause for celebration, as I am simply going to need to keep doing what I have been doing for the past two years, but this time at night school. Part of me is a little fatigued at how what is the end of schooling for most people is, for me, just another level in a 20-year-long game, but I’ve gotta do what I’ve gotta do.

With Super Smash Brothers Ultimate a few months away, and anticipation levels soaring, Nintendo chose to hold a Direct for the title.  One that showcased an insane amount of fan service while continuing to maintain the image of this game truly being the ultimate Smash title.  With Simon Belmont joining the fray as the Castlevania representative, along with a wildly detailed stage, an echo fighter in the form of Richter Belmont, and even an Alucard assist trophy.  Meanwhile, both Chrom from Fire Emblem Awakening and Dark Samus from the Metroid Prime series will join the fray as echo fighters of Roy and Samus respectively.  In addition to the much requested original antagonist from the Donkey Kong Country series, King K. Rool.

Furthermore, the stage count is over 100, the song count is over 800, both battles and stages can be customized more than they ever were before, and Classic mode returns with a unique series of battles for each of the playable characters.  Items, Pokemon, and assist trophies are all expanded, with Shovel Knight and Monster Hunter mainstay Rathalos joining the fray.  All of which is not even detailing a major mode, which I seriously hope serves as a single player adventure mode of some sorts.  Or just Subspace Emissary Remastered. I do not care if the gameplay was not all that great. I just want a story driven mode that utilizes this wildly massive cast of characters.

Overall, I do think that this is and will be a massively impressive title when it finally releases, and be one of the most content rich games out there with a roster that, sans Echo Fighters, includes nearly 70 characters thus far.  It really makes me wish I had the mind and general reflexes to enjoy games with complex inputs, let alone competitive ones. I will still get it regardless but, well, I cannot very well justify reviewing a fighting game, alright?

Experience Inc has always struck me as a very peculiar developer.  Dealing mostly with dungeon RPGs, they should be fairly straightforward.  Such as how they released their ambitious and intriguing dungeon crawler Stranger of Sword City as an Xbox 360 exclusive before bringing it over to Japanese PCs, Vita, and the Xbox One, before revising the Vita version as Stranger of Sword City Revisited.  Or how they released Demon Gaze II as a Vita exclusive in Japan with a free DLC expansion that released shortly after launch, but decided to release an international version of it in Japan, instead of releasing the updates as more free DLC. 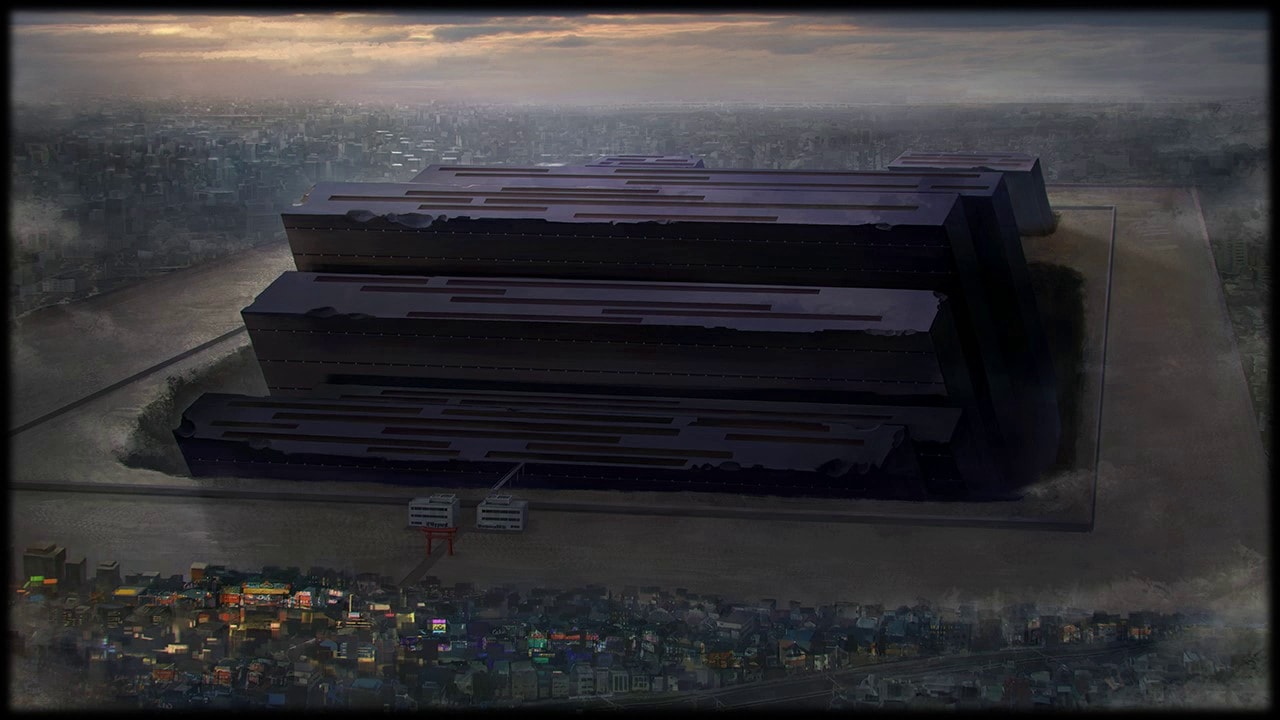 Well, their bizarre form of decision making seems to be continuing, as they are making Yomi wo Saku Hana, a dungeon RPG set in a world based on 1970s and 80s Japan.  One where players may choose to play as characters of all walks of life and ages, who take on the appearance of office workers for a strange monolithic building that appeared one day, when in reality they are fighting against terrible monsters who lurk within this mysterious complex.  It actually looks quite promising based on the provided information, yet the game is bizarrely being pushed as an Xbox One exclusive, despite the system’s dismal sales in Japan. The company addressed this in what is probably among my favorite statements ever made by an executive. “It is planned as an Xbox One exclusive, but if it doesn’t sell much, we might ask Sony and Nintendo to put it out. We’ll put it out somewhere even if we’re about to die. Development on PC is difficult at the current stage.”

While I am holding off for gameplay footage to pass judgement on this game, I do hope the best for them, but feel that there may be something a bit stranger with how the company operates, as I cannot understand what they hope to gain by launching a title for the platform which their game would likely perform the worst on.  I mean, they have made games for the PS4 in the past, and that system actually sold more than 100,000 units in Japan over the span of nearly 5 years, so risking the financial troubles that something like this could bring is just… baffling. 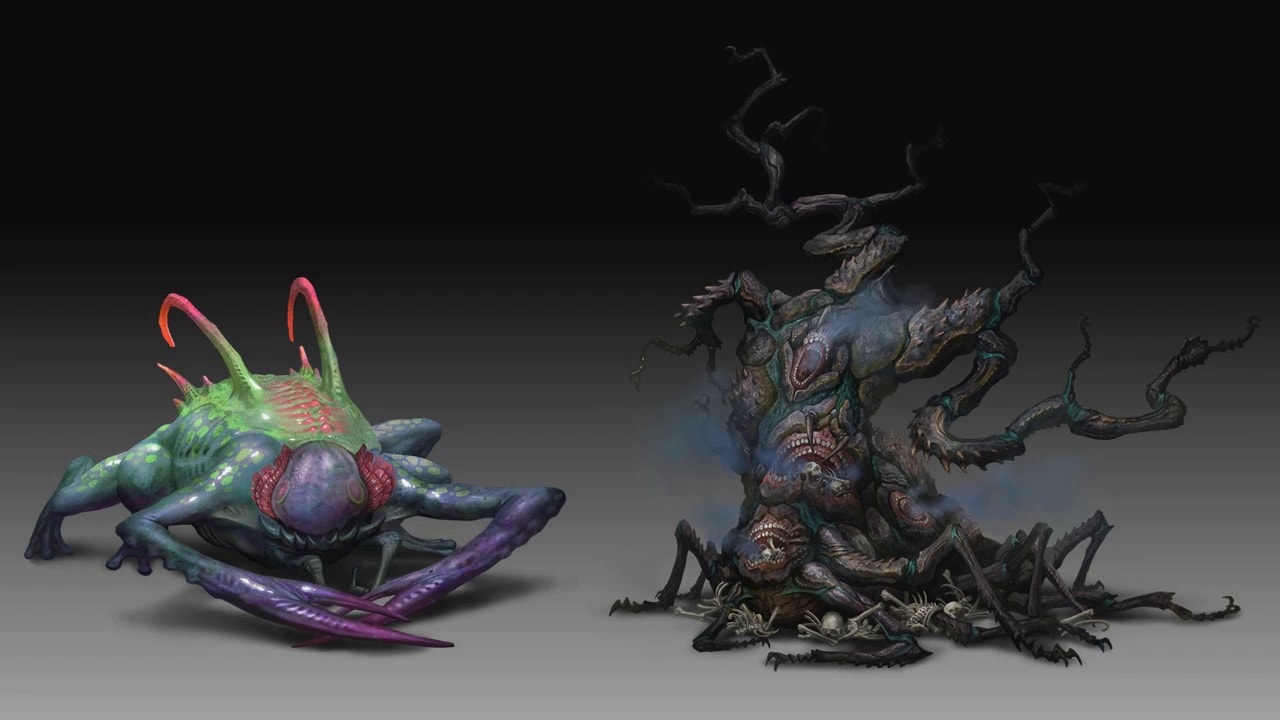 Presumably due to some deal having fallen through, Grasshopper Manufacture has announced that their free-to-play Souls-like title, Let It Die, will be making its way from the PS4 to PC sometime this fall.  The title is a quirky and fairly interesting affair, but from what I have heard, it features a notable paywall partway through the game, and from there begins encouraging the player to spend money on microtransactions in order to progress, a tactic not uncommon in free-to-play titles.  As such, I cannot say that I am very interested in checking this title out, especially due to the fatigue I have not gotten over after going through Dark Souls III earlier this year, but it is nice to see this game being given a second chance at life, and becoming available to a new audience.

Remember how back in 2014 the Doom reboot was shown off at QuakeCon to the audience, and Bethesda never publicly released the gameplay trailer?  Well, they did not do that this time, and the company released a sizable gameplay trailer for the upcoming Doom Eternal.  What was shown looks to largely be an extension of the 2016 reboot, no surprise, with the inclusions of faster enemy executions, a new setting of a hellspawn infested Earth, a Predator-esque arm blade given to the protagonist, and a grapple hook to allow for a greater level of maneuverability.  Considering the very positive reception to the prior title, there is reason to assume that this title will excite and delight those who crave the visceral demon slaughtering the series is known for, whenever this new entry launches on PS4, Xbox One, PC, and Switch.

That about covers things, unless I want to talk about the Red Dead Redemption 2 gameplay that was revealed, which did little beyond cement how the game is not for me.