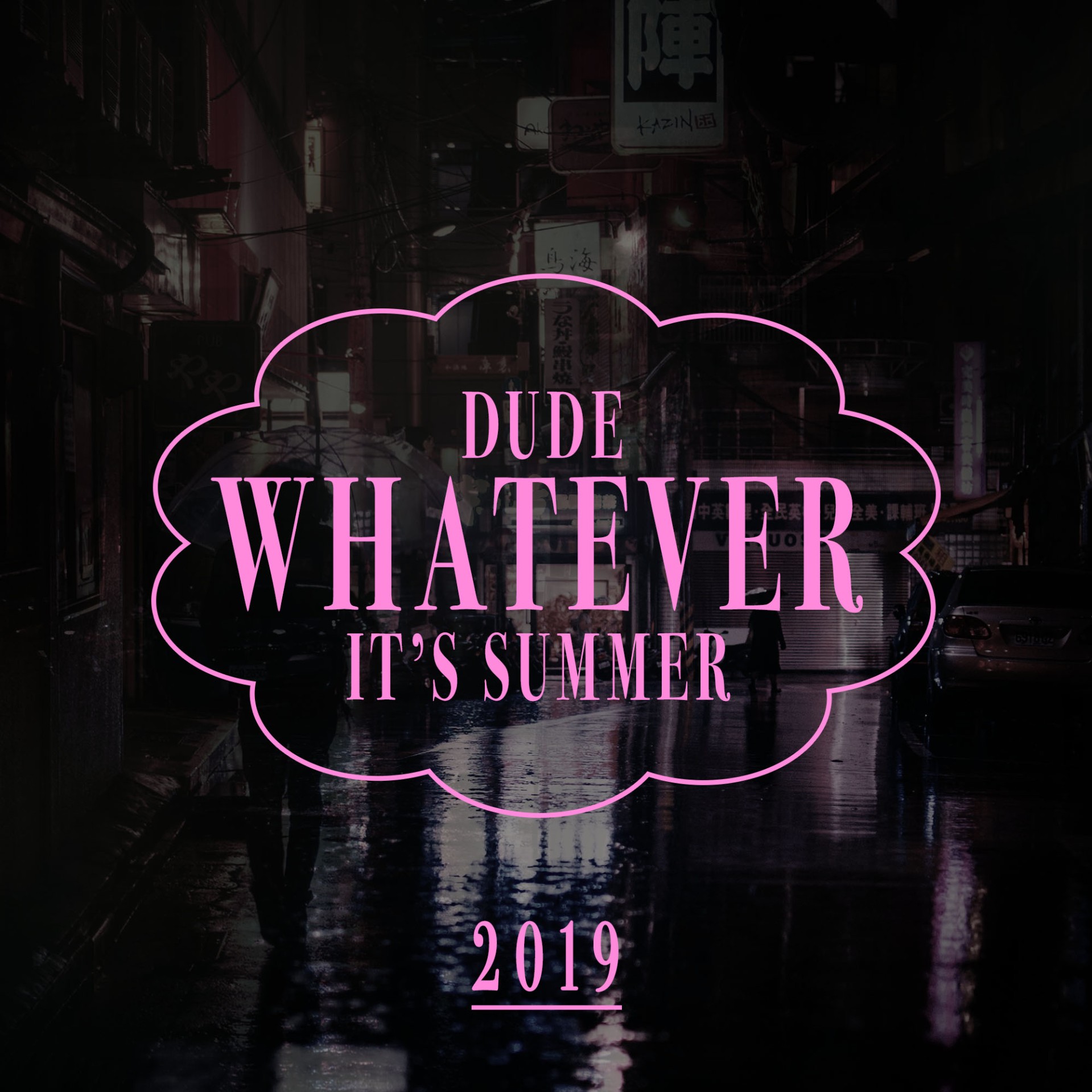 The mixtapes, remixes, and mashups created by Team Teamwork, also known as Timothy Jacques, are a regular part of my musical rotation, and have been very influential on my personal tastes in music, introducing me to a number of genres and artists I otherwise wouldn’t have given the time of day.  Whether they take the form of endearing tracks to jam out to while doing more mundane daily activities, or, as is the case with this more recent work, surreal auditory odyssey that blend genres, tones, and concepts, resulting in something bizarrely claiming, yet also eerie and abrasive.  I bring this up because Team Teamwork recently released their latest entry in the Dude Whatever It’s Summer series, which is what I imagine nearly overdosing on one’s recreational drug of choice is like, but in the form of a 64 minute long diverse continuous medley.  So, yeah, if that truncated and clunky description sounds appealing to you, maybe give Dude Whatever It’s Summer 2019 a listen.

This past week was home to Gamescom, the other big gaming convention of the summer that creates a flood of news as minor announcements are made, details are shown, and a scattering of demos are provided to eager fans.  But the show lacks the same glutton of announcements and the ensuing hype that usually accompany your E3s or Nintendo Directs. Personally, between the Nintendo Indie World showcase that provided an assortment of indie games for people to buy for their Switch, another Stadia Connect that announced a number of new games coming to the service, while doing a poor job of selling it, and assorted announcements that popped up with little rhyme or reason, I had a hard time telling what was up and down for a hot minute.

Though I do want to address the Stadia Connect, which boasted itself as being a place wherein games would be shown and revealed… and they were.  They announced a few multiplatform titles that are coming to the service for people who want to pay full price for licenses that depend on a central server, and as such will be worthless once Google phases out Stadia.  But in choosing to showcase these familiar titles, they did little to really push the benefits of the service beyond the matter of potential convenience, or address things like latency issues… while announcing games like Samurai Shodown and Windjammers 2.  I’m sorry, but what is the point of playing games like these without frame perfect inputs?  They’re both competitive games, and competitive games are all about frame data.

But rearing things back and not jumping on the Stadia hate train like so many like to, I do actually think Stadia will, at least to an extent, work properly when it launches.  Which I say because I tried Stadia back in 2018, when it was known as Project Stream.  I played for about five hours of Assassin’s Creed Odyssey, and while I did notice some slight input lag, it was quite responsive and looked great.  Though in all fairness I was playing on my desktop PC, have a good internet connection (50mbps), and live near a major metropolitan American city.  Under those conditions, Stadia should work well. However, I am in no way convinced you can use it to play fighting games on your phone over crummy wi-fi.  Light don’t work that way.

Moving onto the next major announcement from Gamescom, it was announced that Sony has acquired Insomniac Games, developers of Spider-Man (2018) and Ratchet & Clank (2016).  Now, popular consciousness will tell you that Insomniac has behaved like a first party for Sony for many years, and it is true that up until 2011, when they diversifying their output by working on smaller experimental titles and partnerships that resulted in things like Sunset Overdrive.  All of which began with the announcement of Overstrike… You kids remember Overstrike, right?  That 4-player hero shooter that got focus tested and mutilated into Fuse.  And I know that none of you remember Fuse.  I don’t even remember Fuse!

I also didn’t remember that Monster Rancher’s whole gimmick was that it used CDs to generate monsters.  Well, I say that I don’t remember, but I never knew this series boasted such an interesting feature in the first place!  Anyways, after announcing a port of 1997’s Monster Rancher a few weeks ago, Koei Tecmo have provided additional details about the port, which will very much be a straightforward remaster of the original title that will arrive on Switch, iOS, and Android in Japan in 2019.  A trio of systems that do not have disc drives and universally lack cameras, so how is the CD functionality going to work? Well, it’s quite simple. You’ll look up the CD you want via a custom digital database, which fans can populate via an online form, and the game will generate a monster based on that data. 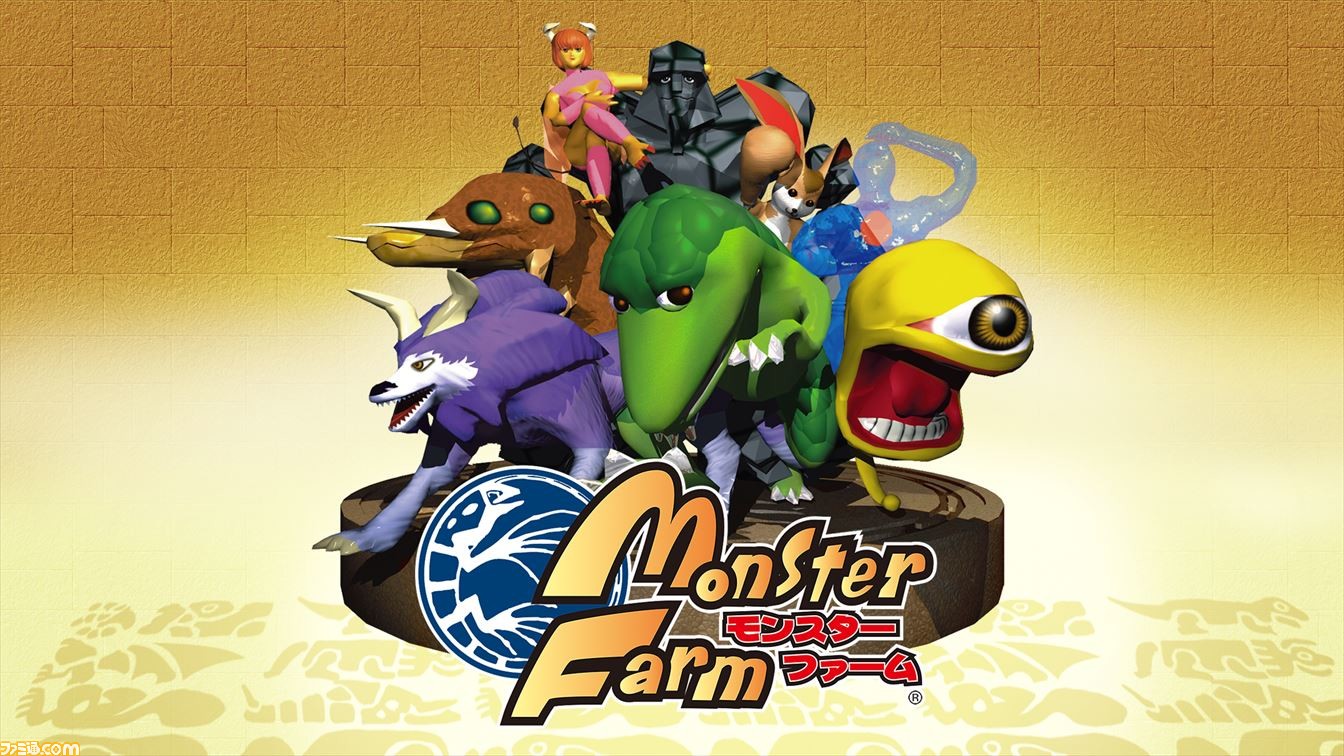 This approach that is rather sensible, but also rather sterile.  It is easy for me to view a concept like this and ask what it would be like if it generated these monsters based on what software is installed on one’s devices or even base them off of MP3 files.  However, I guess that was never meant to be, partially because the Switch cannot read MP3 files put on its SD card, because Nintendo decided that the Switch should only be used for video game playing, and not for general media consumption.  Even though the system still has software for Hulu, Youtube, and KORG Gadget, which is used to make music. Yeah, you can make music on your Switch, but not put music on it. Oh Nintendo, I’d say that I never want you to change, but I’d be lying something fierce.

Anything else?  Well, Death Stranding continues to look very bizarre and I doubt I will understand a lick of it until I do a deep dive down a fan wiki a couple weeks after release.  I mean, I would give it a whirl if I had a PS4, but I don’t, so I’ll just experience it vicariously… which is actually how I’ve experienced just about every Kojima game since Metal Gear Solid 3… huh.

Also, because Team Teamwork is kind of bad at making all of their work easily accessible, here is a zip file of all of their stuff, from my personal collection.  I know I am missing some instrumentals, and DWIS 2007, but it’s still about half a day’s worth of music.