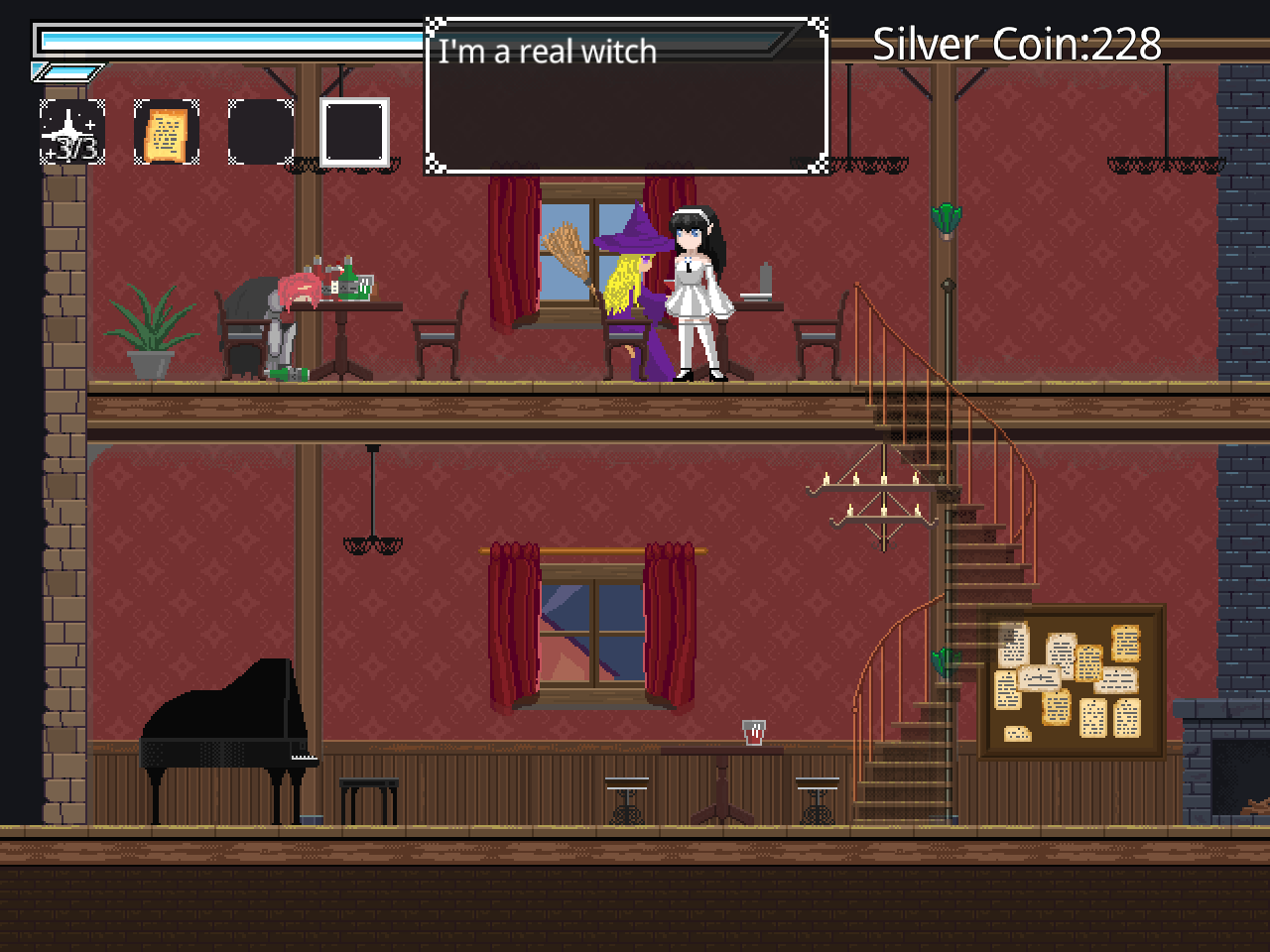 Succeed the Reverie or die trying!

Successor of the Moon follows a young priestess by the name of Stella who is sent to a distant land of Parthenope in order to absolve it of a growing dark force of some sort, where she discovers that… well, basically just that.  There’s some jerk causing mayhem behind a magically enhanced door, and it is up to Stella to unlock it, kick the baddie in their rump, and save this land. All of which sounds very simple and gamey, and beyond some questionably translated fragmentary hints of a greater world, the story is mostly a vehicle to move Stella on a journey. One where she must travel across forest land, ice land, fire land, and cave land, battling baddies, collecting crystals, battling bosses, and acquiring incremental powers that, while only limited to a few, ultimately increase her prowess and mobility a significant amount. 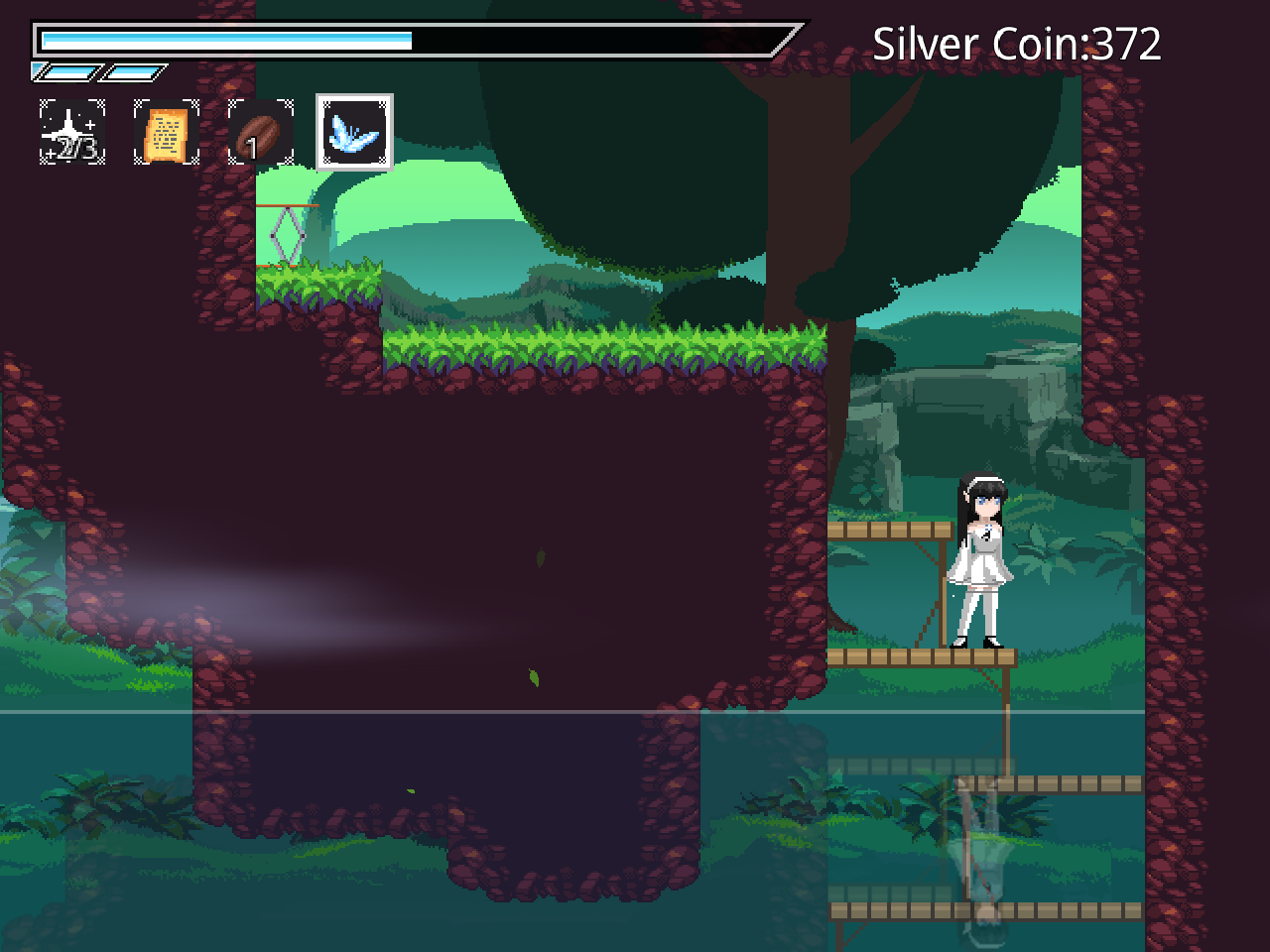 If that description and the provided screenshots, are not enough to tip you off, Successor of the Moon is a metroidvania title, but while most of the modern iterations of that genre tend to draw from the two series that formed that namesake, either veering more on the Castlevania or Metroid end of things.  However, that’s not quite the case here, as Successor’s offerings are far more comparable to the 2016 title Momodora: Reverie Under the Moonlight.

Both titles center around holy women travelling to distant lands to quell some vague evil force, involve sparse narratives, and, obviously, both are metroidvanias.  But what really drew the comparison to me was how both protagonists have a reliable 3 hit combos that push the heroines slightly, a very useful projectile attack, and have handy healing items that replenish at each save point.  At first I thought this was a coincidence, but then I did some digging through this game’s news feed, and found a post by a developer of this game, qwerty, who claimed that Successor of the Moon was an homage to Momodroa.  So I guess that settles it.

That same post also reveals a bit of insight as to this game’s development, painting it as a passion project from a group of students who lacked funds among other things, but nevertheless developed this game as a creative outlet, and for a team’s first public release, they could have certainly done a lot worse.  As Successor of the Moon is a title that largely keeps things simple, consisting of a small yet well constructed world that can easily be traversed in a leisurely 3 hour long playthrough, fluid movement, a punchy moveset punctuated with vibrant hit sparks, and just enough unique ideas to keep the game interesting from beginning to end.

Such as Stella’s projectile attack, a magic ring that homes in on her and can be reflected by her melee strikes, allowing it to be juggled and manipulated both for dishing out devastating combos onto enemies and bosses, along with some light puzzle solving.  These admittedly ranged from inventive and genuinely cool, such as indirectly directing the magic ring through a maze, to the mildly frustrating, like trying to bounce the ring downwards to break blocks. It uses its movement mechanics well, and they do allow for some empowering platforming feats as the player surmounts what originally seemed to be near impossible challenges.  And the game has a very admirable pace to it all. 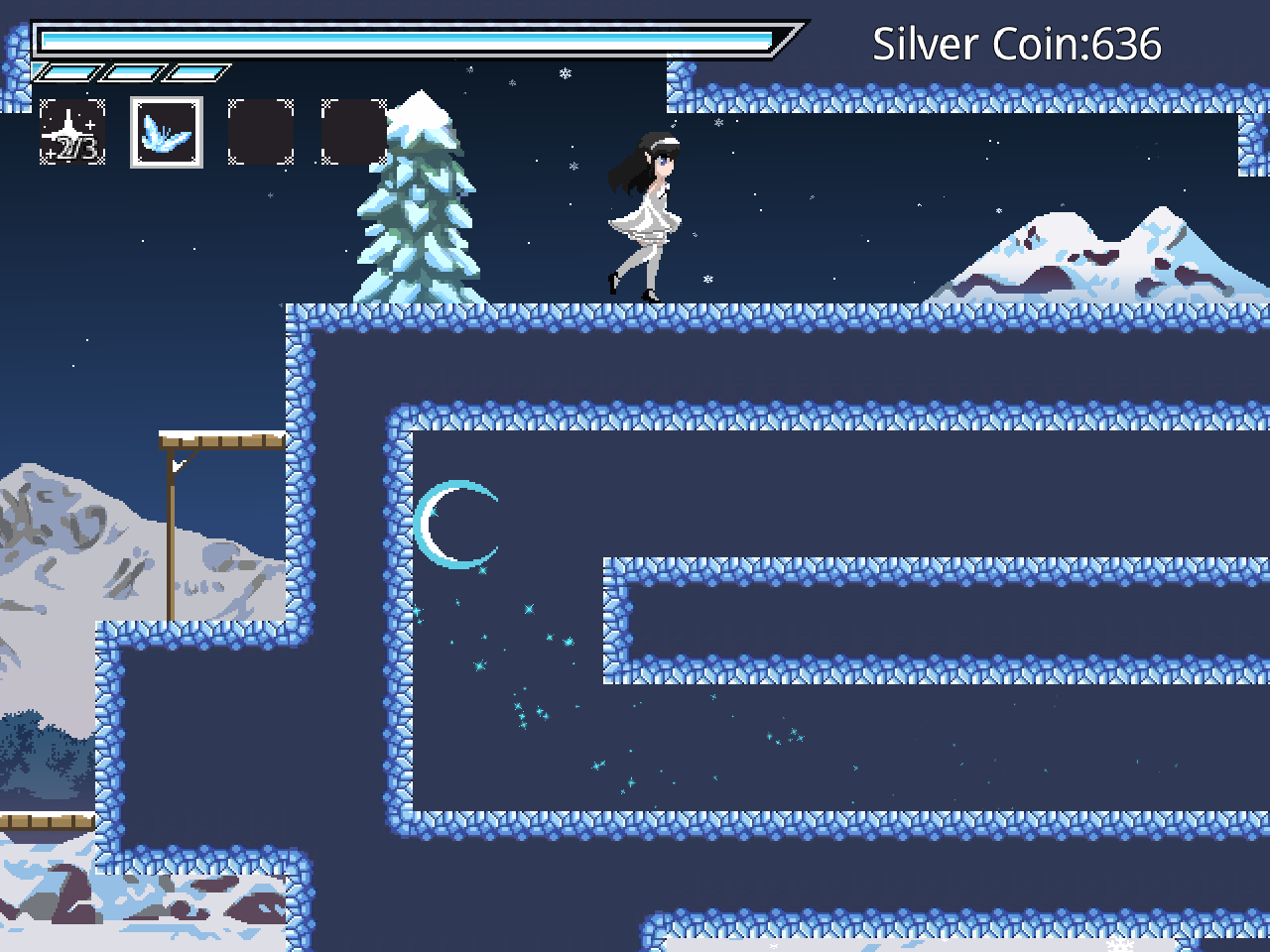 Successor is not a fan of fanfare or transitions and prefers to keep the adventure an expedient one, almost to a fault.  There’s no save confirmation screen, because why do you need a save prompt when you’re at the save point already?  There’s no game over screen, because why wouldn’t you want to be revived automatically and keep playing the game? There’s no real fanfare for picking up an item, because the game doesn’t want you to stop moving and picking up even more stuff.   I don’t think that any of the traditions it does away with are bad per say, but it is nice to see a game ditch a few insignificant staples of contemporary, and come away no worse for wear. If anything, it actually makes the game feel a bit refreshing in its efficiency.

However, there are some notable… quirks that regularly reminded me of the inexperience possessed by the developers.  The wall jump ability can be rather finicky, not to the extent that it is ever difficult to progress, but enough to make several end-game collectibles a drag to collect.  To the point where I didn’t even bother. I managed to get myself stuck during a block puzzle in the final area, blocking the entrance and forcing myself to restart the game.  There are certain environmental obstacles that require a decent bit of backtracking if the player falls or fails, which can get irritating after a while. While the game’s conclusion is a rather bitter one, coming across as a normal ending in a game that should have a good or true ending.  Yet as far as I can tell, this game only has a single ending to offer.

The sprite art is also somewhat mixed, featuring some nice animations and beautiful scrolling backgrounds, and some effective lighting effects.  However, NPC sprites run the gamut with regards to quality, and the majority of the environmental tilesets veer on the bland side, with the worst offender probably being the ice world.  It’s just some icy coating placed over dark blue nothingness, making the environment feel more barren than it probably should. It ultimately makes the presentation inconsistent, yet I cannot help but view this divergence in quality as a sign of progression from the the art team, who made significant strides over the course of this progress and assuredly learned a lot about the intricacies of sprite art in the process.

While on the subject of the presentation, I should also mention that despite being a 2019 game, Successor not only boasts a 4:3 aspect ratio, but it also lacks any full screen display of any kind, presumably due to engine limitations.  I am not really bothered by this, as 1280 by 960 is a good enough maximum resolution for me, but it is still strikes me as a touch bizarre that not everybody, or every engine, has adapted to the world of 16:9 and 1080p or higher.  Oh, and the soundtrack is also surprisingly pleasant, consisting of several tonal pieces that do a good job of instilling these familiarly themed environments with personality. Overall, Successor of the Moon sets itself some reasonable and attainable goals, and achieves them quite well, being a fairly simple and brief metroidvania flavored affair that boasts some nifty ideas, and has a decent amount of character.  It does come with a few rough patches and imperfections, but nothing so irksome to significantly take away from the experience, which remains thoroughly enjoyable from beginning to end. It’s nothing groundbreaking or spectacular, but for a developer’s first major project, and for an impulse buy I picked up for $2, it’s pretty gosh darn great in my book.