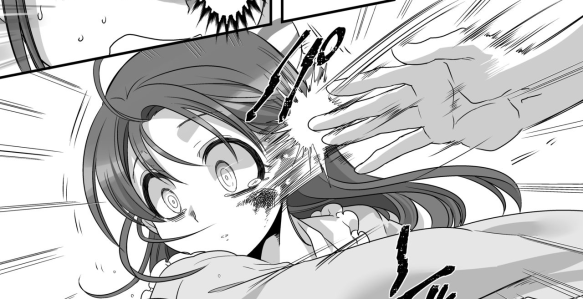 Wherein I discuss personal issues, controller peripherals, the advancements of the legendary Nihon, and the quelling of a burgeoning typhoon.

A short while back, I mentioned how 2020 was going to be a pretty big year for me, where I was going to be working full-time, studying and taking the CPA exam, and also producing loads of content for my precious Nigma Box readers.  But this past week I realized that studying for the CPA exam is comparable to taking a full semester of online college classes, so I decided that one of these aspirations had to go. I briefly thought about going on a prolonged hiatus for Nigma Box, but doing so would be catastrophic for my mental well being (I find making content for this site to be immensely fulfilling).  So instead I am going back to being a part-time worker. What does this mean for you lot? Well, nothing really. The 2020 schedule is still in place, and Nigma Box content should continue to be released as their predetermined interholes unless otherwise noted.

Skipping over that sour grape-flavored jazz and into the news, something that has become rather popular over the past 5 years have been the rise of paddle controllers, or rather video game controllers with remappable buttons on the backs of them to be used by the player’s ring and pinky fingers.  I, naturally, have not tried this advancement, and given the input complexity of most of the games I play, I’m very much not the target demographic for this sort of thing. But I fully accept it as an unobtrusive addition to the homogenized modern design of a standard video game controller, especially because, in its current form, paddle controllers simply give players more options, without ever forcing them to use said options.

Why am I going on this little tangent?  Well, Sony just released a peripheral compatible with existing official PS4 controllers creatively called the Back Button Attachment.  It is an odd looking apparatus that you snaps to the back of a controller, and consists of two reprogrammable buttons along with a larger button that switches between three custom profiles.  A nice addition for sure, and one that could very easily introduce a new slew of people to this input-based innovation when it launches in North America this January… but for some gosh forsaken reason, the attachment will cost $30, or about half the price of a regular $60 PS4 controller.  Oh, and this feature may just be built into the PS5 controller, which should be revealed in a few months, and I’m pretty sure that they won’t cost $90 a unit.

On the subject of financially frivolous moves that could greatly enhance the quality of one’s life, and the broader context of video games, in-house game engines have been seemingly dwindling in popularity ever since the early 2000s, which introduced proprietary engines like Renderware, GameBryo, and the Unreal Engine.  Nowadays, Unity and Unreal tend to be the go-to engines for a vast number of studios, who often lack the resources or infrastructure to support their own engines unless they are a big publisher like EA, Ubisoft, and Capcom, or a first party studios with the backing to afford such a venture… like basically every Sony first party.

However, proprietary engines have their own quirks, and depending on the studio, what the developers want out of the game, and the general work culture, it can be a good idea to simply make your own darn engine, regardless of what your team size is.  Which is a very vital piece of information that seems to be ignored by many when they hear about a company with less than 100 employees making their own game engine. Such as Falcom, developer of the Trails/Kiseki and Ys series, who recently announced that they are in the early stages of developing a new engine for their future titles.

A very peculiar announcement to say the least, but Falcom is a very peculiar studio that manages to produce 30+ hour RPGs on an annual basis, with a staff of 62 people, so they clearly must have very specific needs… or have access to some sort of eldritch magic.  Recently, these needs have been fulfilled through a mixture of an existing in-house engine, the Yamaneko engine, which has been used for the Ys series since 2009, and Sony’s PhyreEngine for all other titles.  Both of which are getting older, and with technological advancements, compatibility issues, and a general desire for long-standing problems to be circumvented, I can see why Falcom would want to pursue a different direction as the next generation comes into its own.

Also, the development of a new engine is a pretty clear indication that Falcom is doing fine financially, whereas most middle-sized studios like them tend to teeter the line between bankruptcy, or being seen as targets for acquisitions by larger publishers.  Which incidentally is what happened to Montreal-based developer Typhoon Studios, an independent studio founded by a number of well-versed AAA veterans who are set to ship their first title, Journey to the Savage Planet, on January 20, 2020.  Who acquired them? Why none other than Google’s Stadia subsidiary.

While I personally am very, very wary about streaming exclusive games from a preservation standpoint, I cannot say that I really object to this decision.  It is described as a mutual move for Stadia and Typhoon to share in each other’s resources and stability, with Stadia getting an experienced team, and Typhoon getting a reliable stream of capital that will allow them to develop their games comfortably, without wondering if they’ll be able to make payroll next month.

That about covers it for major news in this light news week, and the only major announcements that caught my eye were found in the deluge of radical jank-ass games seen in the latest Comiket trailer compilation.  Most of which will never leave Japan, but boy howdy do I enjoy parsing through these showcases to find a block pushing stealth game where an anime girl needs to traverse a realistic environment and hide from murderous deer.

Header image is from Taishou TS Otome Soushi by Kouji