Something that I tend to forget from time to time is that the video game industry is really just a large scale multi-billion dollar business run by companies that, above all else, are searching for ways to remain profitable in what is a rather turbulent market.  While games are unquestionably art, they are sold as products and produced by studios with the goal of creating revenue likely surpassing whatever goals are held by the developers themselves.  Yes, of course there is the independent scene where things work different, but when talking about industry, only the biggest players really warrant much attention.
END_OF_DOCUMENT_TOKEN_TO_BE_REPLACED

Some might be wondering if I will be reviewing Sonic Mania soon, as its PC version will be coming out on August 29th, but I am not planning on reviewing it for quite a while, as I often wait for games to go on sale and such.  I will get to it eventually, and will hopefully enjoy it, despite it being pretty obvious by now that I am part of the generation who genuinely prefers the 3D games over the 2D games.  I mean, I like them so much that I have done some concept work for a story that “homages” Sonic Adventure 1 and 2, and I was more excited to hear this new track from the rapper behind the Knuckles stage themes for Sonic Adventure 2 than I was for anything pertaining to Sonic Mania.  I guess you could say a weird Sonic fan that way. END_OF_DOCUMENT_TOKEN_TO_BE_REPLACED

I did not notice this after the Nintendo Switch event last week, mostly because I try to curate my media feeds as best I can, but apparently everybody who watched the trailer for Super Mario Odyssey compared the game to Sonic The Hedgehog (2006) because it has a cartoonish character wandering around a realistic city with realistic people.  Even though the far simpler and, well, better comparison to make here is between Sonic Adventure.  The general aesthetic is basically identical, as both games feature sections where a strange creature jumps and runs around a metropolitan environment filled with street lights, skyscrapers, and cars that move down the street.  Oh, and yes you ever insightful children, if Mario was real, he would be dissected and branded a mutant.  You’re as clever as a whoopie cushion and somehow more irritating. END_OF_DOCUMENT_TOKEN_TO_BE_REPLACED

The very concept of National Novel Writing Month just confuses me.  While in the past I have been able to write stories very quickly, mostly due to a lot of job-based downtime, a luxury I lack at my current employer, the concept of completing a full 50,000 word story within only thirty days not only sounds difficult, but counter intuitive.  A novel is judged based on the quality of its words, story, and characters, none of which would likely be particularly refined after being cranked out at nearly 2,000 words a day with no break.  Oh, but I suppose this is just to get would-be writers’ butts in gear so they actually finish their story, and I’d be lying if I said that such an endeavor was an ill advised one. END_OF_DOCUMENT_TOKEN_TO_BE_REPLACED

“Electric Nigma! Electric Nigma!”  Um, actually I go by Natalie now.  “Whatever! Why are you reviewing D4 now?  Haven’t you owned it for almost a year now?”  Yes, I have owned it for several months. I did not review it because I was afraid I would not like it after playing it for 20 minutes.  “But didn’t you adore Deadly Premonition?”  I still do, but that’s not how enjoying things works.  If you are a good girl, I’ll tell you why in the form of a review.  “Natalie! Natalie!”  What?  “Do you feel like an insignificant creature who will never accomplish anything of worth in their sad little life?”  …I’m glad I’m killing you off. END_OF_DOCUMENT_TOKEN_TO_BE_REPLACED 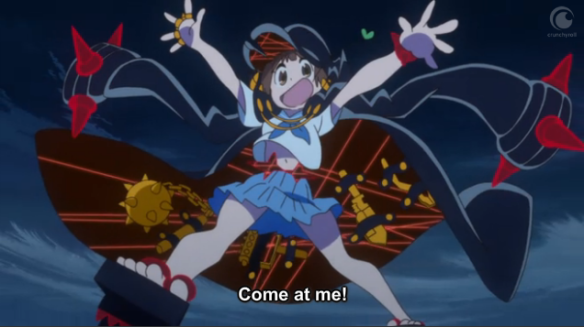 I finished another semester of college, and probably have a ton more to go through in the future.  My goals were a bit obstructed by improper information, so I’m going to probably end up with a duo of Associate’s degrees for Liberal Arts and Accounting.  Another two years of Accounting at a real college may come next, but from what I heard that may not be necessary.  I can just get a CMA and explore my options with that and a few years of bookkeeping experience.  Also, I realized that I should not buy hormones without talking to a doctor, but that would require coming out as Genderqueer, and, yeah, that would be a super awkward and terrible time that may ruin everything forever… END_OF_DOCUMENT_TOKEN_TO_BE_REPLACED