Okay, The Malice of Abigale Quinlan has been released, and now I’m pretty lost as to what I should do.  I’ve been pretty depressed as of late, with school starting up, my job being incredibly stagnant, and my inability to come out as transgender to my parents is really getting to me.  I have insecurities and anxieties, which are two common things that I should learn to live with because they are never going away no matter what I do.  Oh, and constantly feeling like a failure when it comes to literally everything I do certainly doesn’t help.

To continue off of last week, Spike Chunsoft formally announced that Danganronpa: Trigger Happy Havoc is coming to Steam this February, and will be self-published by the company.  Danganronpa 2 is naturally coming soon, along with more PC ports afterwards.  I really hope the company brings the Zero Escape trilogy comes to PC, even if the first game, originally a DS game, will need a major UI change.  Beyond that, there really is not much in Spike Chunsoft’s library that speaks out to me, but getting visual novels I love off the handhelds and on my PC is more than enough cause for celebration.  Because I prefer the PC over all other platforms, and the idea of only having one gaming platform, an eternal gaming platform, is an enticing idea.  Granted, that only works some of the times because of Windows compatibility and such.

Granted, there are oodles of problems with PC gaming, such as its reliance on both Valve and Microsoft for Steam and Windows respectively, but chief among them are bad ports, and publishers viewing the release as unnecessary.  Both of which apply to Mortal Kombat X, which was busted on PC, never fully fixed, and is not going to get the new DLC characters.  It’s stuff like this that really does make Warner Brothers Interactive look like a garbage in the AAA game industry, which is already a low bar. 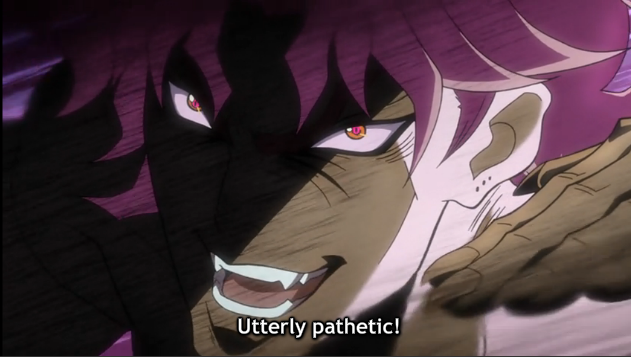 It is an industry that Jim Sterling, a man whose work I have loved for the better half of a decade and support on Patreon, revealed, according to a series of anonymous but credible sources, in his most recent Jimquisition.  In short, early during the current generation of game consoles, many publishers thought that the console industry dying.  This led to all of the remastered, cross-gen, online nonsense, and microtransactions found in recent games, as publishers thought they would need to bring most of their games to mobile or PC.  Yes, people pointed out how this is foolish, how consoles were just fine despite a dip in sales after the seventh generation was six years old, but publishers did not believe them.

The publisher in question here was Square Enix, who recently changed how they will sell their unnecessary reboot of Hitman, as it will not be an episodic game series.  They certainly are far from the Squaresoft of old, which primarily survived through Mistwalker, the company behind Lost Odyssey and The Last Story.  Based on a job offer put out by the company, they are currently working on a mysterious new project, which could be a game about surfing, ballet, the console game set in the Terra Battle universe, or anything else.  Nobody knows, as this is an unpredictable world we all live in for some arbitrary reason.

We live in a world where Inti Creates announced that  Gal*Gun Double Peace is getting a worldwide release on behalf of the UK based PQube, who helped with the European release of a bunch of niche titles in the past.  For those unaware, this is a game about shooting girls with love bullets.  You may also be unaware that modern Atari is not the same company as old Atari, but rather a company named Infogrames who bought the name and IP, and recently put out three terrible reboots of the classic franchises Alone in the Dark, Asteroids, and Haunted House.  So they are doing what they do best and putting out a compilation of 100 Atari games in the form of Atari Vault, which will be coming to Steam later this Spring.

Anything else?  Oh, yeah, Volition did some cleaning from their backroom and found a PSP devkit with a super early version of a PSP Saints Row game entitled Saints Row Undercover.  Being fully playable, the company is hosting a livestream for the game on January 28th, even though the game looks and performs like garbage and most of the developers behind the game left years ago.  Other than WayForward showing off the Shantae GBA prototype, I honestly can’t think of the last time a developer did something like this, so this is actually pretty darn cool to see.